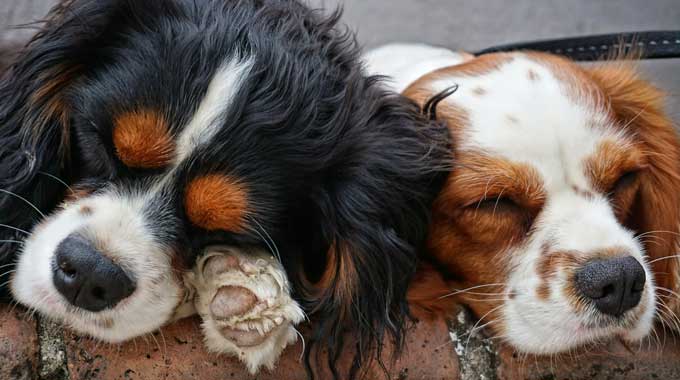 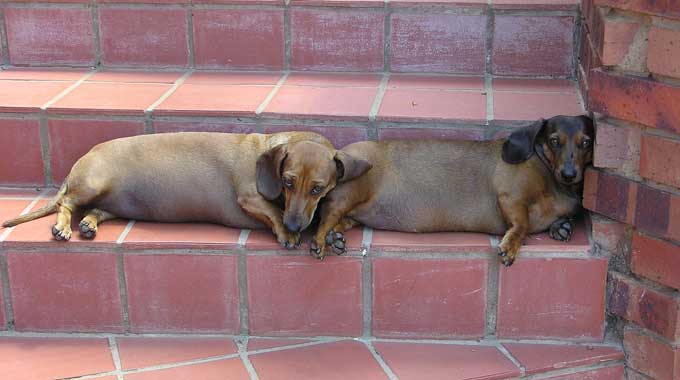 The Dachshund is the perfect couch buddy and one of the ideal low maintenance dogs. The Miniature Dachshund generally weighs 11 pounds or less, making him an ideal lap dog. While his big brother, the Standard Dachshund, typically ranges 16-32 pounds. Dachshunds are often regarded as small dogs that don’t shed. But keep in mind that long-haired Dachshunds require more grooming in comparison to the short-haired or wire-haired Dachshunds. All variations of Dachsunds make amazing pets.

Dachshunds can be stubborn, so early training is highly recommended to create an obedient foundation. Generally, they stay healthy, though some can be prone to dental disease, spinal problems, and skin issues. Dachshunds require moderate amounts of exercise. Furthermore, too much running around on those short little legs can worsen genetic spinal issues. 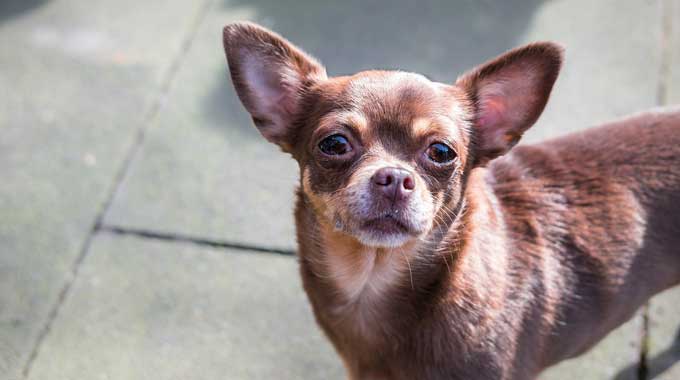 Looking for a non-shedding small dog? The Chihuahua weighs in at just 2-6 pounds and requires minimal grooming. However, long-haired Chihuahuas will need a bit of brushing to prevent tangled hair. Chihuahuas are known to get sudden bursts of energy, though they typically don’t require much exercise. Most Chihuahuas you encounter are relatively healthy.

Watch out for the notorious Chihuahua attitude. They can be quite stubborn so basic training early in life is highly recommended. Avoid bringing your Chihuahua with you everywhere you go. In addition, don’t spoil Chihuahuas or their entitlement becomes embedded. The Chihuahua is a natural Napolean when boundaries are not put in place. 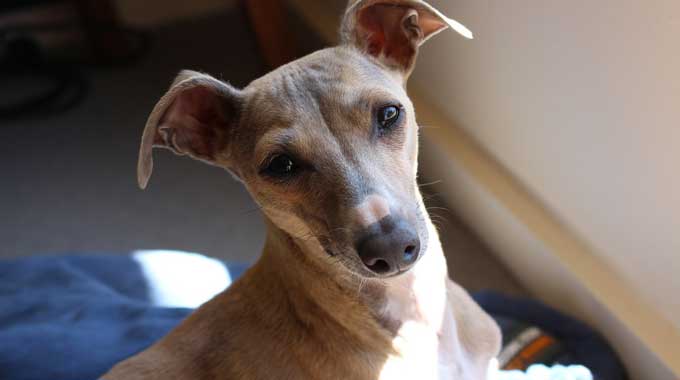 I know what you’re thinking. How could a racing-related dog also be a low maintenance dog? Contrary to popular belief, Greyhounds, as well as Italian Greyhounds, are not high-energy dogs. Many Italian Greyhounds simply enjoy lounging around the house with their owners. However, they need their daily walks and an occasional opportunity to run, but large amounts of exercise are not required.

Though stubborn at times, Italian Greyhounds are responsive to basic training. Most of them are in overall good health. 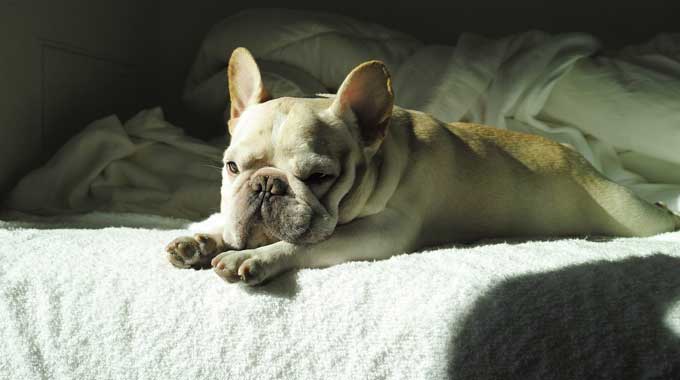 The French Bulldog is an ideal lap dog. French Bulldogs are some of the most gleeful dogs in the world. These compact and muscular dogs weigh 19-28 pounds. Frenchies do have a fair amount of energy, but they lack stamina. So, moderate exercise on a day-to-day basis usually suffices.

The average French Bulldog is typically well-behaved and responds well to basic dog training. Frenchies are acknowledged as small dogs that don’t shed much. Grooming needs are minimal, but be conscious of possible health issues like brachycephalic syndrome and a variety of skin issues. 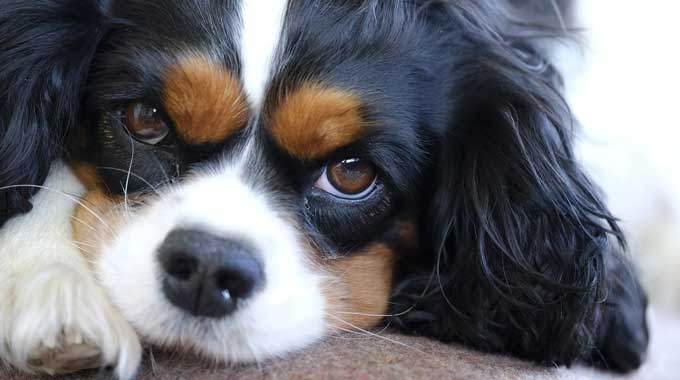 Looking for a dog that possesses puppy-like qualities forever? The Cavalier King Charles Spaniel is an affectionate, mild-mannered, and adaptable dog. This smaller dog thrives on interactions and is happiest when snuggled up against a family member.

In general, Cavaliers weigh 11-18 pounds and they are easy to train. Most Cavaliers are healthy pets, though some dogs of this breed develop or inherit heart issues. They have some grooming needs, such as routine brushing and ear cleaning. In addition, occasional trips to a professional groomer are also encouraged. 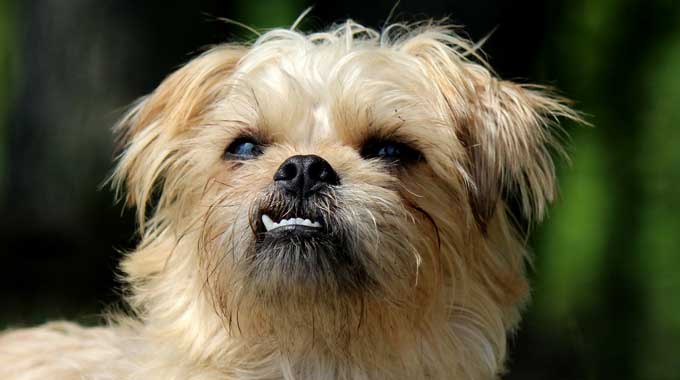 The Brussels Griffon is a cute and charming small breed of dog. They tend to be a bit energetic, so they need a lot of exercises. It’s recommended to start basic training early in order to offset their spunky side. These low maintenance dogs weigh 6-12 pounds and have minimal to moderate grooming needs. Griffons have a wiry coat that requires some brushing, however extensive brushing isn’t necessary. Furthermore, they are well-mannered and fairly healthy. 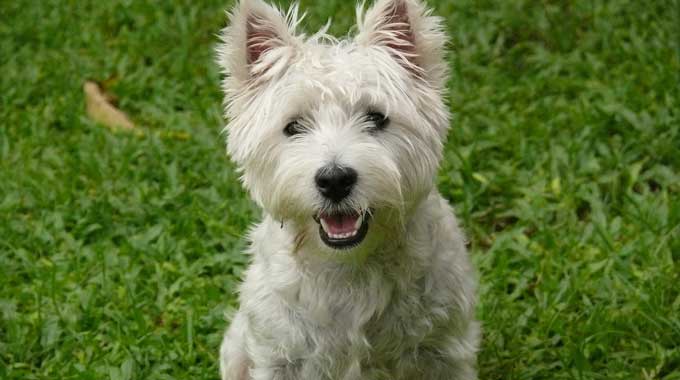 The West Highland White Terrier is easy to care for. Westies weigh 13-20 pounds and they are moderately energetic. They are a gentle breed and make great couch companions.

Westies require some grooming but they don’t require as much trimming as other little white dogs. Most Westie owners brush regularly, but some choose to hand-strip their dog’s coat to keep it healthy (pluck the dead hairs). Typically, Westies are healthy and easy to train. 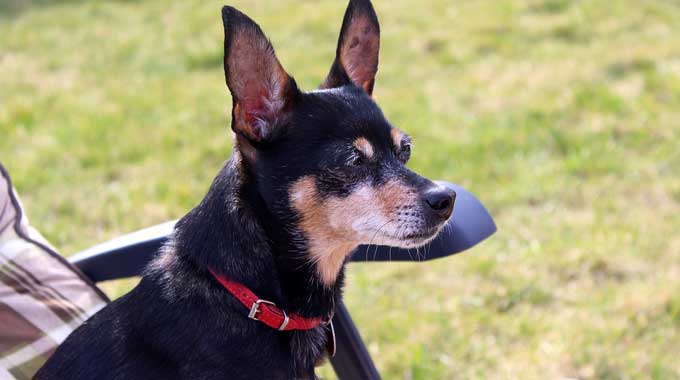 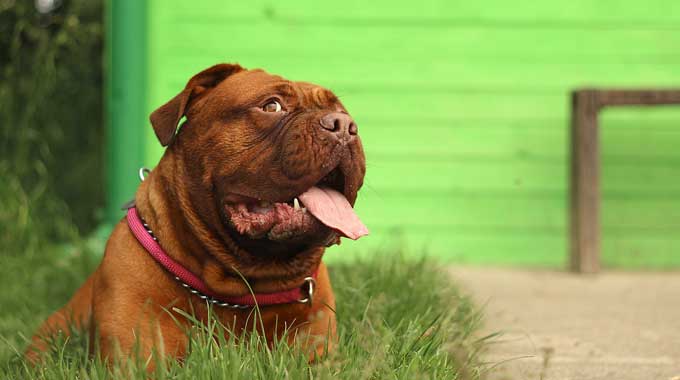 Looking for a giant couch potato? The Mastiff is about as big as they come and these dogs can weigh 120-220 pounds. Mastiffs generally have low energy levels and endurance is not their forte. Young Mastiffs have a tendency to be goofy during play, but they’re normally very docile. As Mastiffs age, they become more remote and indifferent, yet remain affectionate with family.

The Mastiff does have one inherent drawback. Like most large breeds, the Mastiff has a shorter lifespan than most dogs. Most are considered senior dogs by age six and pass by age twelve. Aside from the shorter lifespan, most Mastiffs are in good health. 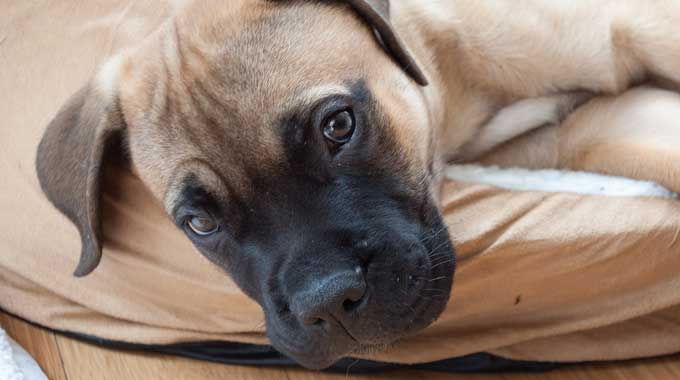 Though the Bullmastiff isn’t much for endurance, this breed has a little more energy than the Mastiff. Daily walks are adequate are keeping your Bullmastiff healthy. When he’s not on a walk, you’ll find the Bullmastiff on the couch.