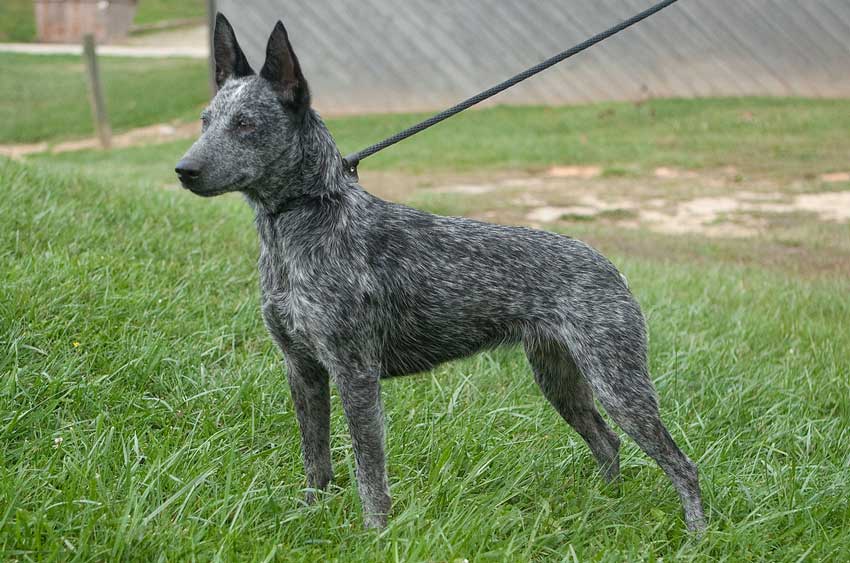 The Australian Stumpy Tail Cattle Dog is a medium-sized breed of dog that thrives on activity. They were originally bred to drove livestock. The unusual name is derived from a genetic trait that gives them their short tails.

This breed of dog works well in heat where others don’t. The Australian Stumpy Tail Cattle Dog is highly trainable and intelligent but prone to strong independence. They live to protect and chase, so they make pretty good guard dogs.

These dogs nearly died out in the late 1990s. Fortunately, the Australian National Kennel Club (ANKC) and other breed enthusiasts prevented the Stumpy from going extinct. This breed lives an average of 12-15 years.

The Australian Stumpy Tail Cattle Dog is an old purebred, one of the oldest in Australia. This breed is the result of a cross between the Australian dingo and British herding dogs. Exct origins are undefined.

In the 18th century, British colonists arrived on Australian soil with their herding dogs, but many of these dogs would perish from heat exhaustion and disease. The solution was to breed a hardier animal. Something that could drove herds for miles in a day without breaking a sweat. Due to its natural sophistication, the dingo was bred with British sheepdogs to create the perfect hybrid herding dog.

As true working dogs, their appearance is like that of the native dingo. The Stumpy is a well-proportioned dog that has a straight back and a short stump tail, up to 4 inches long.

They have broad heads and strong jaws developed to nip at cattle’s heels. These dogs always have a black nose and their coat comes in two colors, red and blue, which may be merle, mottled, or solid.

The Australian Stumpy Tail Cattle Dog has an abominable work ethic. They were bred to work hard all day long, usually in hot weather. Farmers describe them as energetic, driven, and heat tolerant. These characteristics make some Stumpys poor pets for first-time owners.

These are territorial dogs with strong instincts. They need to “feel the chase” to satisfy their daily work quota. They are a devoted breed.

Qualities such as initiative and independence are of great use when droving livestock. But this will make for a more wilful dog. This breed is not recommended for first-time owners and they require space to feel most at home.

The ideal Stumpy owner is a firm but fair handler, who leverages reward-based training methods.

Stumpeys were bred to drove in the heat of the Australian outback. They have a hardy nature and their history matches. These dogs are regarded as a strong breed with few inherited tendencies to disease. However, rare problems do turn up and they usually come from the collie side of the family tree.

Stumpies are the tri-athletes of the dog world. They are driven in extreme conditions and their energy level is inspiring. In confined home environments, they can become unsettled and resort to chewing and barking to pass time. This breed prefers to go hiking, mountain biking, and trail riding.

The Australian Stumpy Tail Cattle Dog has a short to medium-length undercoat, surrounded by another thicker, all-weather coat. They do shed the undercoat seasonally.