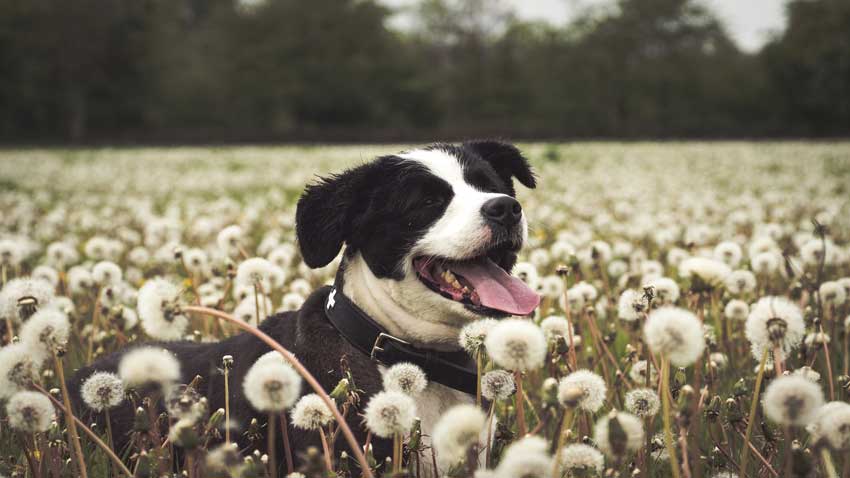 We share so much with our dogs — our homes, food, and sometimes, even our beds. It’s not surprising that we want to share our medications with them as well. But even though we think of our canine companions as part of our families, it is not always completely safe to give them our prescription or over-the-counter drugs.

One of the most-commonly-asked questions by dog owners is, “Can dogs take Benadryl?”

While the short answer to that question is a carefully-guarded “Yes,” there are still significant safety concerns that responsible pet owners should keep in mind before giving their dogs Benadryl or any other medication intended for humans.

Let’s take a closer look at what you need to know about dogs and Benadryl.

First Things First – What is Benadryl?

First used in 1946, diphenhydramine has a long history of being safe, effective, and generally well-tolerated. It is so safe that it is available as an over-the-counter medication, with no prescription needed. It is a popular and versatile drug and may be taken orally, given as an intravenous or intramuscular injection, or applied topically as a lotion, gel, cream, or spray.

In humans, the primary use of medications such as Benadryl is to alleviate symptoms of an allergic reaction. Still, they are also used to treat motion sickness, vertigo, insomnia, movement disorders, nausea, and pain.

How Does Benadryl Work?

When asking yourself, “Can dogs take Benadryl?” it’s important to know what Benadryl is used for and how it works.

Exposure to an allergen triggers increased histamine production, a natural neurotransmitter that plays a vital role in both humans and dogs’ immune systems. This histamine response is an appropriate defense mechanism where the body tries to purge the offending substance. But in allergic people and animals, the histamine response is excessive.

Elevated histamine levels cause inflammation, tightening of the airways, increased mucus production, and an excess of stomach acid. These combined factors account for the painful symptoms associated with an allergic reaction.

Benadryl and other medications containing diphenhydramine work in both humans and dogs by blocking histamine receptors in the brain, thereby reducing the allergic response.

Like human owners, dogs can suffer from several types of allergies that may cause a histamine response. Most often, these allergies involve something they ate (changes in diet), something they came in physical contact with (irritants, insect bites), or something in the air that inflames their breathing passages (pollen, ragweed).

Food, skin, and environmental canine allergies cause a long list of uncomfortable symptoms, many of which overlap.

Except for anaphylaxis, most allergy symptoms in dogs are not particularly dangerous. However, they can cause your pet a great deal of unnecessary discomfort. Until you can identify and remove the particular allergen, diphenhydramine provides relief.

Did you know that up to 1 out of every six dogs exhibits behaviors that strongly resemble Anxiety Disorder in humans? This should not be completely surprising, because as all owners know, although dogs are intelligent and social animals, they are also sensitive and emotional.

Some of the scenarios that can trigger a dog’s negative emotional response include separation anxiety when their owner is away, loud noises from fireworks or construction, and travel. When faced with confusing or frightening situations like these, an anxious dog may “act out”:

Because it has sedating properties, Benadryl can be given to calm overly-anxious dogs when other soothing methods are not effective or practical at that particular moment.

Benadryl and Motion Sickness in Dogs

Besides anxiety, there are other reasons why a dog may not travel well. Just like their human counterparts, some dogs struggle with motion sickness when they are passengers in a car, plane, or train. This is especially true with younger dogs or those that are unaccustomed to travel. The movement of the vehicle may throw their equilibrium off or worsen their anxiety, causing them to:

As stated before, an appropriate dose of Benadryl helps soothe a travel-distressed dog’s nerves. Because it reduces the production of stomach acid and blocks the signals to the brain that promote nausea, Benadryl also settles their queasy stomach.

Mast cells are a type of white blood cell that play an important role as part of the body’s immune system. Among other things, mast cells help with disease resistance and wound repair. They also produce histamine as part of the healing process.

Cancerous mast cells release massive amounts of histamine and other chemicals, triggering a response that is very similar to a severe allergic reaction. Diphenhydramine medications reduce the histamine response and alleviate distressing and possibly-dangerous symptoms.

What is the Recommended Dose of Benadryl for Dogs?

Diphenhydramine dosage for dogs is based on body weight — 1 milligram of medicine for every 1 pound of body weight. For example, a 25-pound dog can safely tolerate one 25mg Benadryl tablet. The medication may be taken with or without food.

Because a dog’s metabolism is different from that of a human, take great care to never give your dog time- or extended-release diphenhydramine capsules. Not only does their absorption rate differ from that of tablets, but they may also break open if your dog chews them. In either case, your dog may receive too much medication all at once and suffer an overdose.

If you choose to give your dog liquid Benadryl, be aware that adult formulations usually contain alcohol, which is dangerous for dogs. Instead, choose the formula made for children and use a syringe to accurately measure the correct dosage.

Because it is harder to judge the proper amount when using a cream or spray containing diphenhydramine, consult with a vet prior to use.

Experts advise that a dog may be given the proper dosage 2 or 3 times a day, or approximately every 8 to 12 hours. Try to stay on schedule as much as possible, but if you miss a dose, do not attempt to catch up by giving multiple doses.

Benadryl is not recommended for females that are pregnant or nursing or for puppies under four months old. In addition, dogs with certain pre-existing health conditions should not be given Benadryl or other antihistamines containing diphenhydramine. Do not give your dog Benadryl if he or she has any of these pre-existing conditions:

What are the Side Effects of Giving Benadryl to a Dog?

Of course, as with any medication, even OTC ones, it is always advisable that you consult with your family vet before starting use. Make sure you also disclose any other medications or supplements that you are giving your dog to avoid any dangerous drug interactions. If you do decide to give your dog Benadryl or any other antihistamine containing diphenhydramine, monitor them closely for any adverse reactions or symptoms.

At recommended doses, Benadryl is well-tolerated by dogs. Common side effects are generally mild and pose no significant risk to the dog’s health. Symptoms will manifest within 1 to 5 hours of exposure, if at all. Symptoms may include:

In very rare cases, some dogs who are diphenhydramine-intolerant will experience uncharacteristic changes in their appetites, followed by temporary nausea and diarrhea. If these symptoms occur, discontinue use and consult with your veterinarian.

Although Benadryl is a safe medication for dogs, it is still possible to give them too much. A Benadryl overdose in dogs is a veterinary emergency and may potentially be fatal if it is not treated immediately. Warning signs include:

What is the Bottom Line about Dogs and Benadryl?

It is important to note that the Food and Drug Administration has not officially approved diphenhydramine for veterinary use. However, because of its efficacy and safety, veterinarians often will give Benadryl “off-label.”

The American Kennel Club calls Benadryl a “relatively safe and effective medication for dogs when used according to the instructions of a veterinarian.”

That is an accurate description. If you’re asking yourself, “Can I give my dog Benadryl?” the short answer is yes. Used correctly, Benadryl is an essential medication that responsible dog owners can use to keep their pets healthy and happy.

If you're a dog owner in Houston, chances are you've dealt with pet odor at…