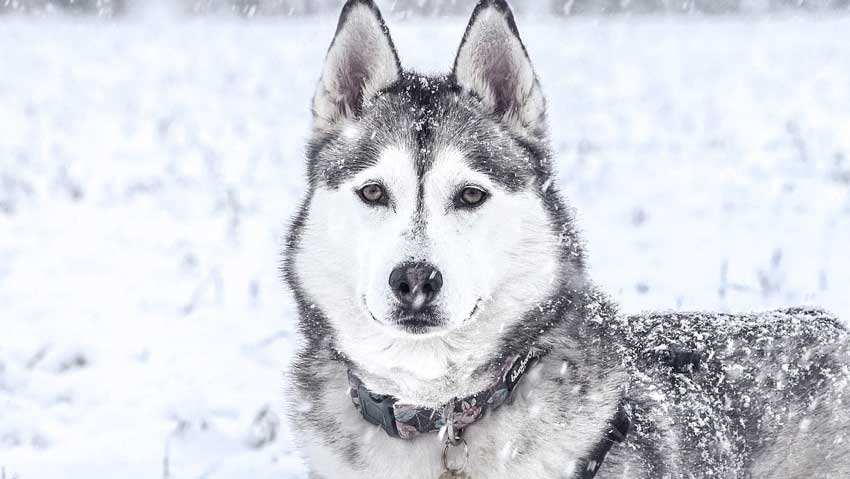 There are plenty of winter weather lovers out there who think that winter is one of the most beautiful seasons of the year. Furthermore, there are a few dog breeds that wag their tails at the chance of jumping into fresh snow. If you’re a winter lover and you’re looking for a suitable dog breed who shares your interest, check out these cold-weather dogs. 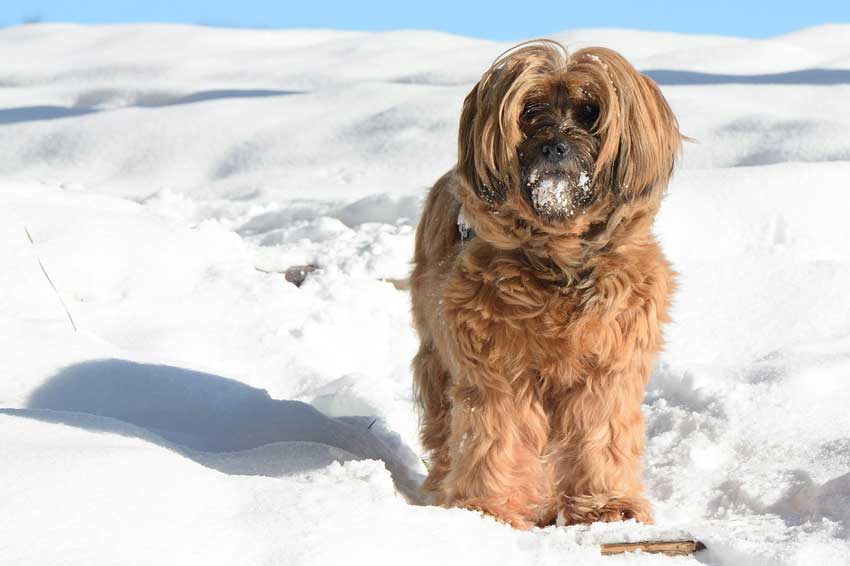 The Tibetan Terrier originates from its home country of Tibet and can withstand extremely cold climates. This cold weather dog breed has large, flat, rounded feet that provide excellent traction in heavy snow – much like snowshoes. In addition to their paws, they have a thick double-coat that protects them from freezing temperatures. Tibetan Terriers have a gentle temperament and they make great outdoor companions, as well as indoor, cuddly couch buddies.

Tibetan Terriers were originally bred and reared in monasteries over 2,000 years ago. They were often kept as good luck charms and watchdogs, though they were originally used for herding sheep. These cold weather dogs are agile, masters of the snow, and love to climb at higher altitudes. 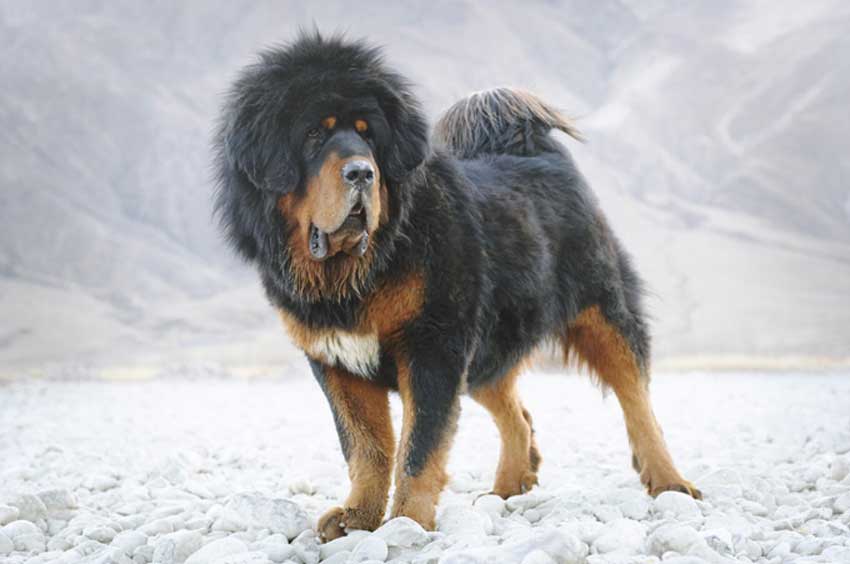 The Tibetan Mastiff is a titan among cold-weather dogs. They originate from the Himalayas and are comfortable in both cold and warm climates. This cold weather dog breed has a thick, double coat that keeps them insulated from freezing temperatures. The undercoat is heavier in winter but lightens up in warmer months. Typically, Tibetan Mastiffs are black or brown in color, but red Tibetan Mastiffs are still common. 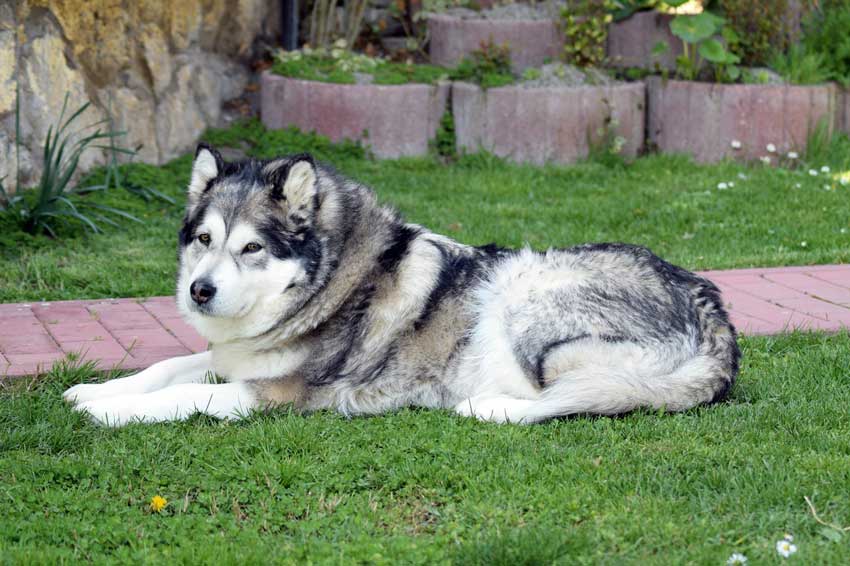 The Alaskan Malamute is a large dog bred for hauling heavy freight sleds across the frozen arctic. Though many of these dogs still perform as sled dogs today, others are optimistic participants in winter dog sports like sled dog racing, bikejoring, and skijoring. Alaskan Malamutes are highly social and are happiest in very active homes. 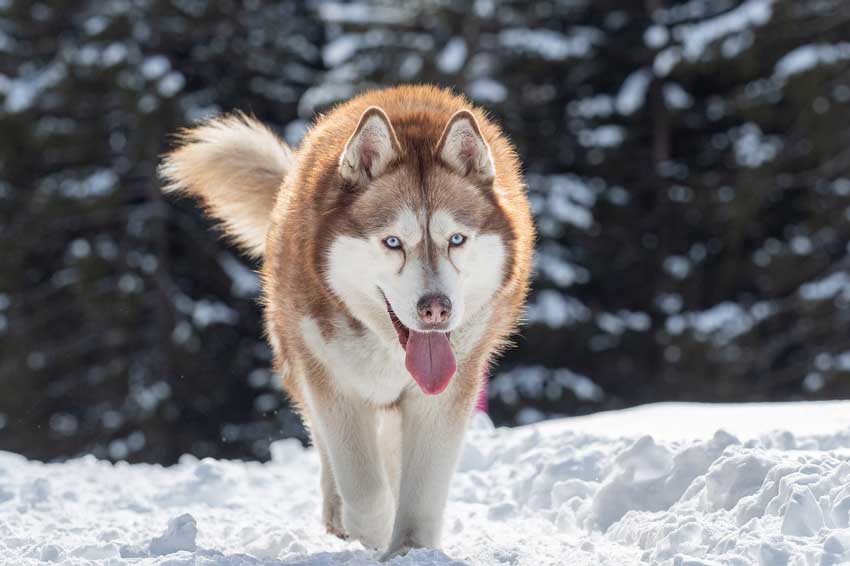 As a Northern breed, the Siberian Husky is used for pulling sleds. This breed originated in the cold climate of Siberia, and they do very well in colder temperatures. In addition, many Husky owners claim that their dogs even prefer the cold climate. Huskies require active homes and they are known for being decently independent, although friendly. Siberian Huskies are escape experts that often require supervision when left alone in fenced-in yards. 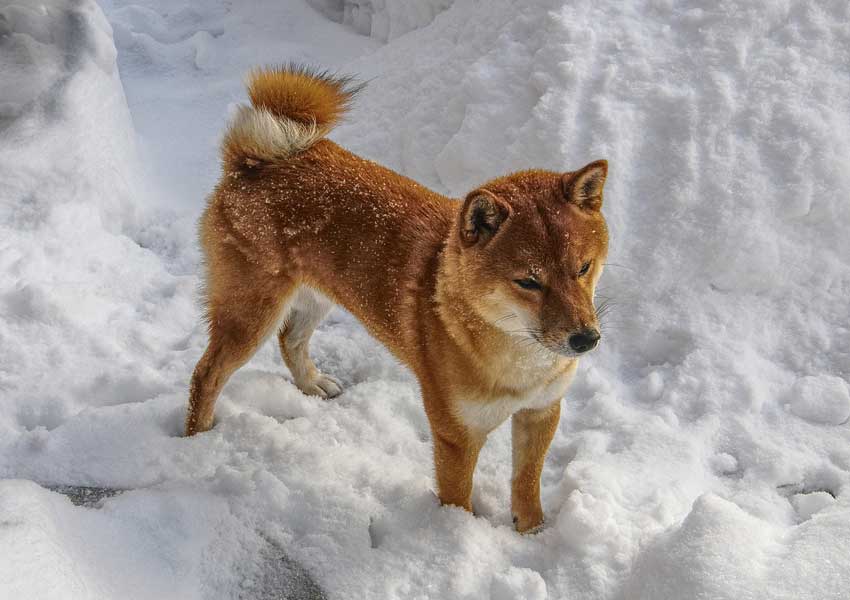 The Shiba Inu is a confident cold weather dog breed. They are high-spirited, vocal, and natural explorers. Shiba Inus have a thick, double coat that keeps them warm in cold temperatures. These cold climate dogs have a natural desire to sift through heavy snowfalls and discover oddities with their advanced snouts. 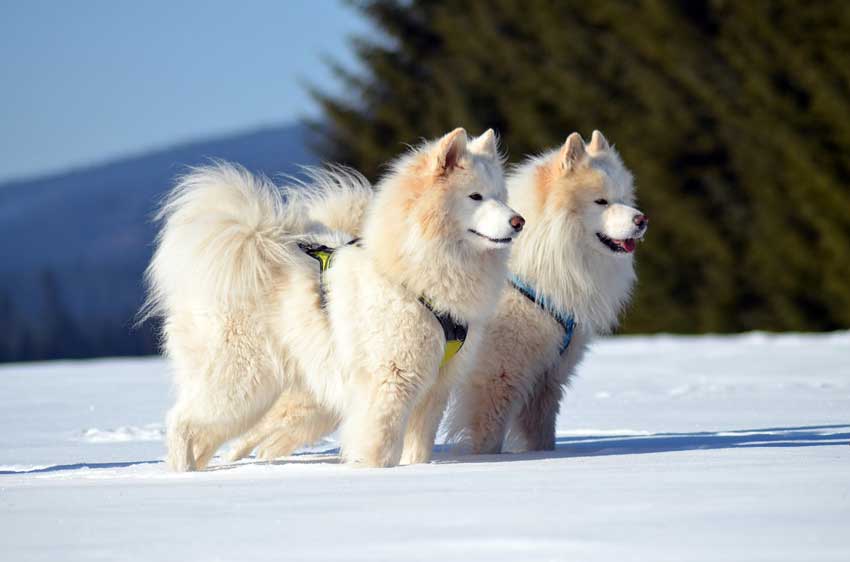 The Samoyed is a Russian breed of dog that was originally used for herding reindeer and pulling sleds and carts. They are very intelligent and active dogs that excel at dog sports but, most notably, make perfect family companions. Their gorgeous white coats protect them from hard winter climates and require regular grooming. 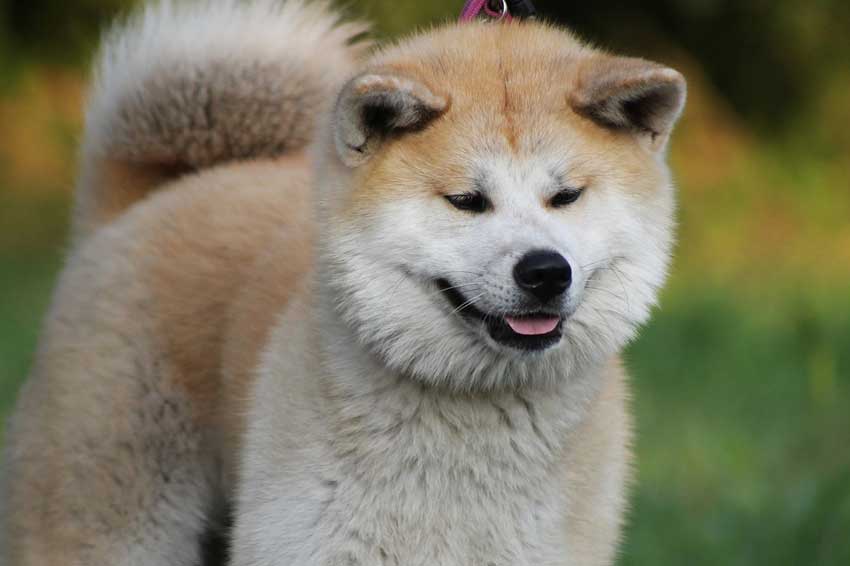 The Akita is a large breed of dog that originated in Japan and was originally used as a hunting dog. Akitas have thick double-coats that protect the dogs in cold Japanese winters. This is an active breed and does best with experienced owners. They are loyal but often protective, become wary of strangers, and sometimes display aggressive behavior toward other animals. 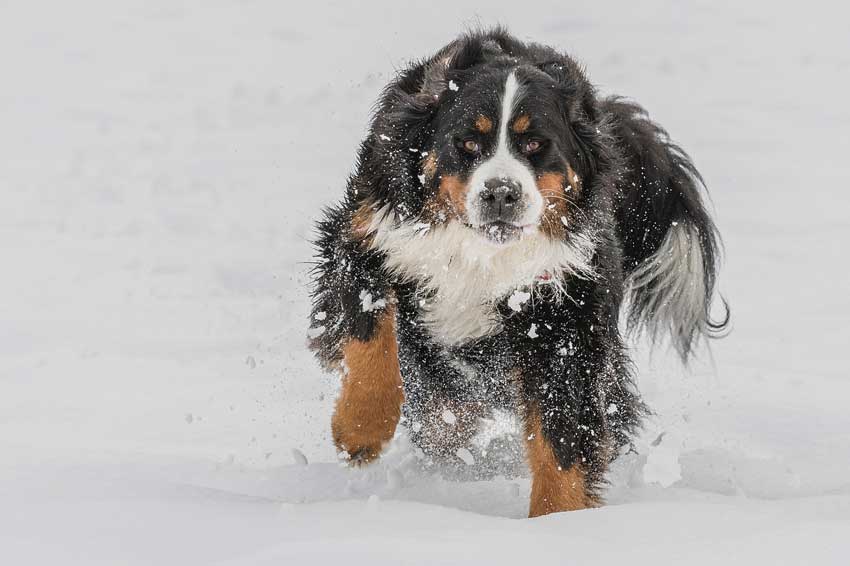 The Bernese Mountain Dog is a large dog breed that originated in the Swiss Alps. They were originally used for general-purpose farm work, but their size and will to work made them exceptional draft animals. Bernese Mountains are good-natured towards strangers and family alike. They are active and enjoy surplus amounts of exercise and are great with children. 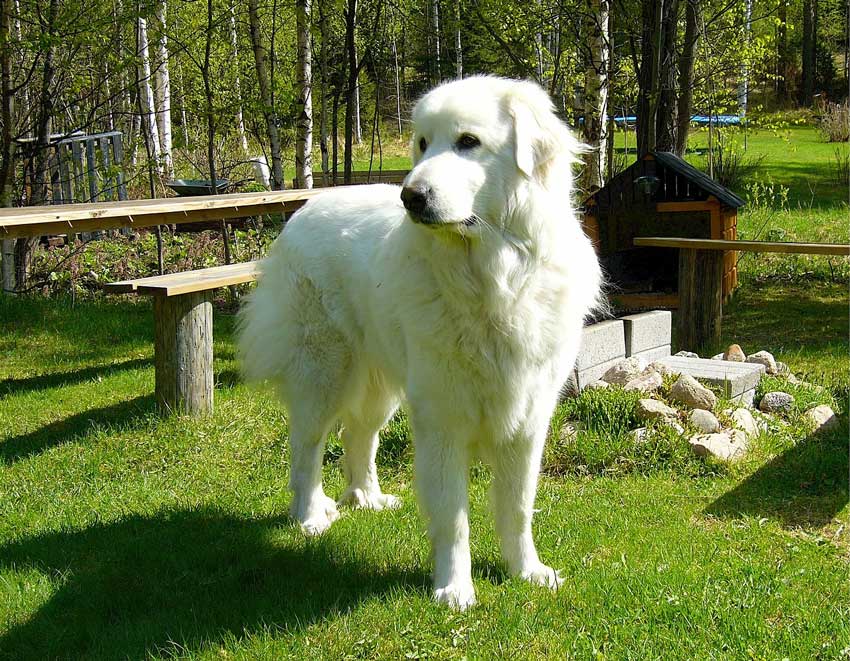 The Great Pyrenees is a large herd guardian from the Pyrenees Mountains. They have thick coats to protect them during harsh winters while allowing for work in warmer seasons. This breed is powerful but kind, and is known for being affectionate with humans of all ages. 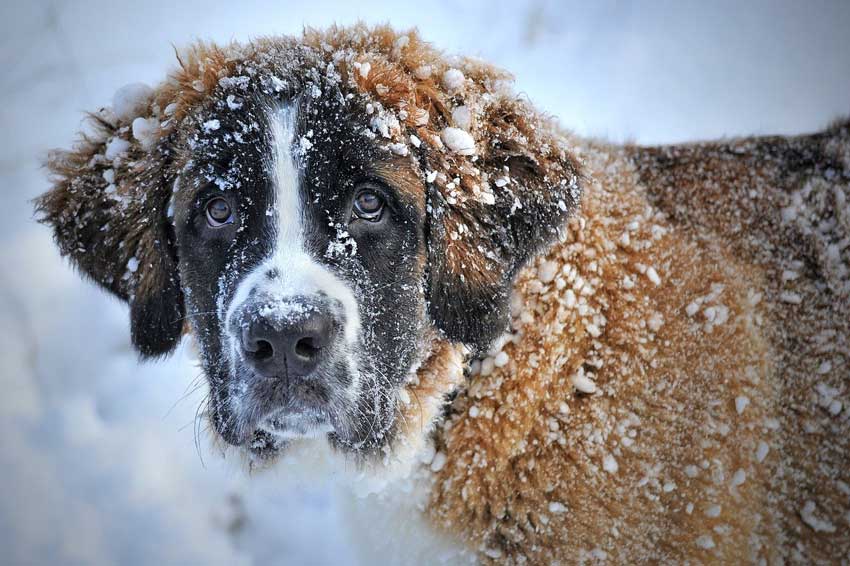 The St. Bernard is a large dog that belongs to the working class. This breed originated in the western Alps. They are most famous for alpine rescues, finding people buried in avalanches. To be successful at this kind of work, they must be able to perform in very cold weather for long periods of time. 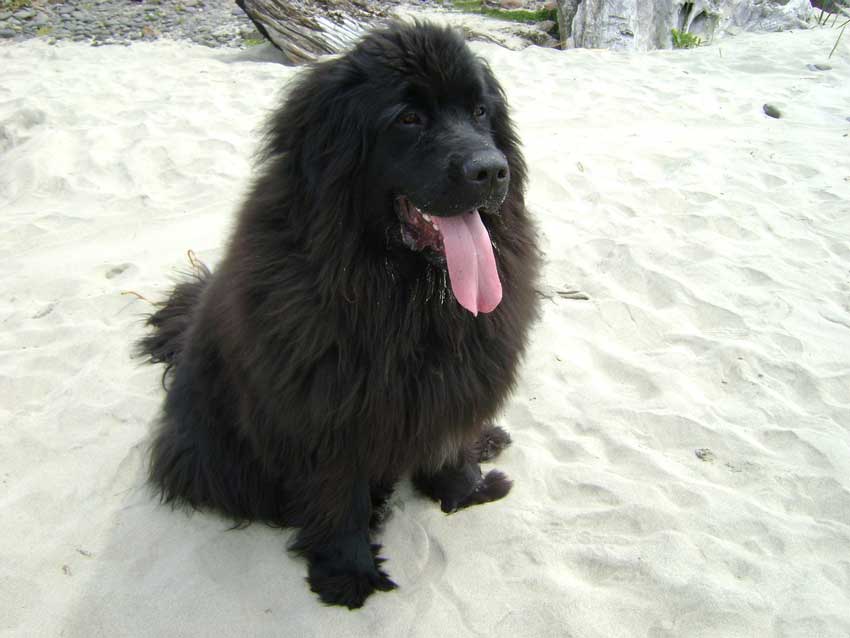 Hailing from Canada, this breed of dog is known for its amazing water rescue capabilities. The Newfoundland has a thick, water-resistant coat that protects their skin from the freezing Canadian waters. They are gentle dogs that make great companions for adults and children. 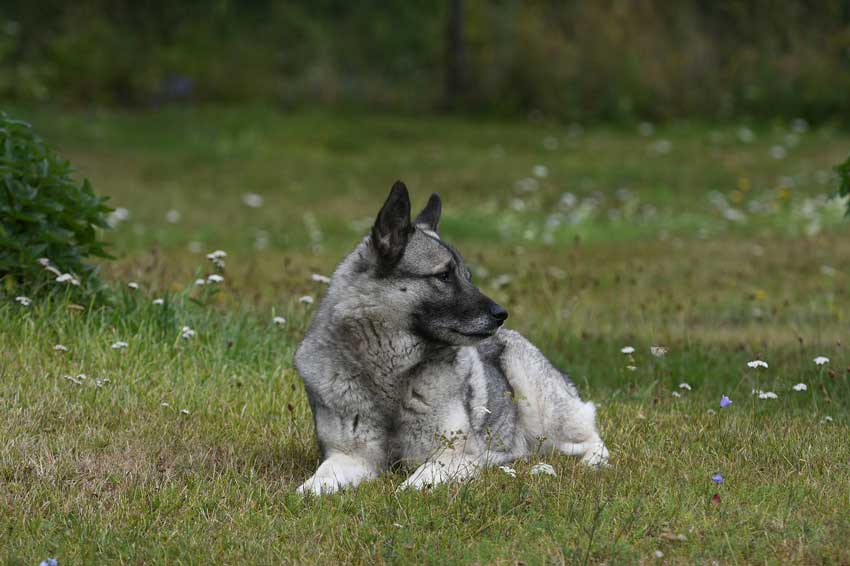 The Norwegian Elkhound is a hunting dog that originated in Norway. This breed has been used for hunting moose, elk, bear, and wolves in the hard Norwegian winter climates. They are hardy dogs that should be monitored around other animals due to their natural prey drive. However, they are highly social dogs that love spending time with family. 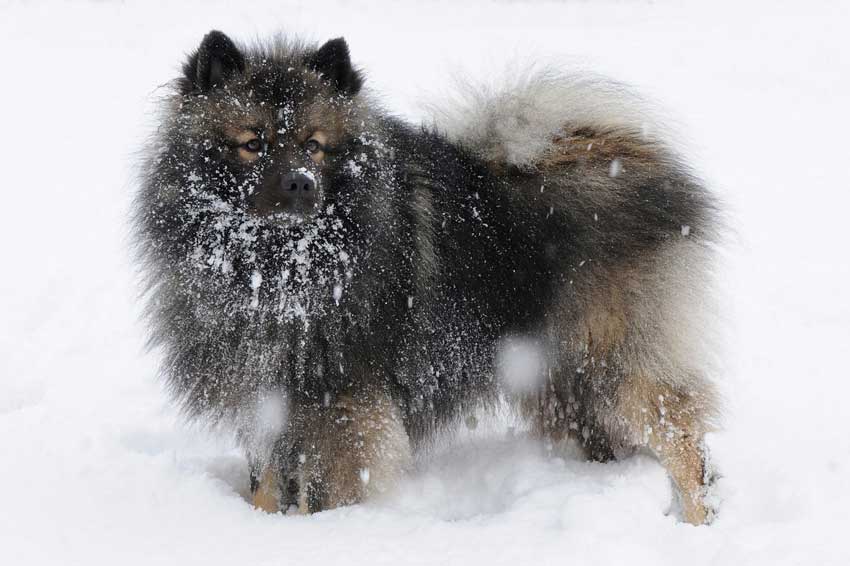 Originally bred to be a family companion, the Keeshond is a German Spitz breed of dog. These dogs perform well at their job, as they are boisterous, playful, and fun-loving companions. As a highly social breed, they enjoy spending time with family as well as meeting new people. Their thick coats need regular grooming but keep them comfortably content in cold weather. 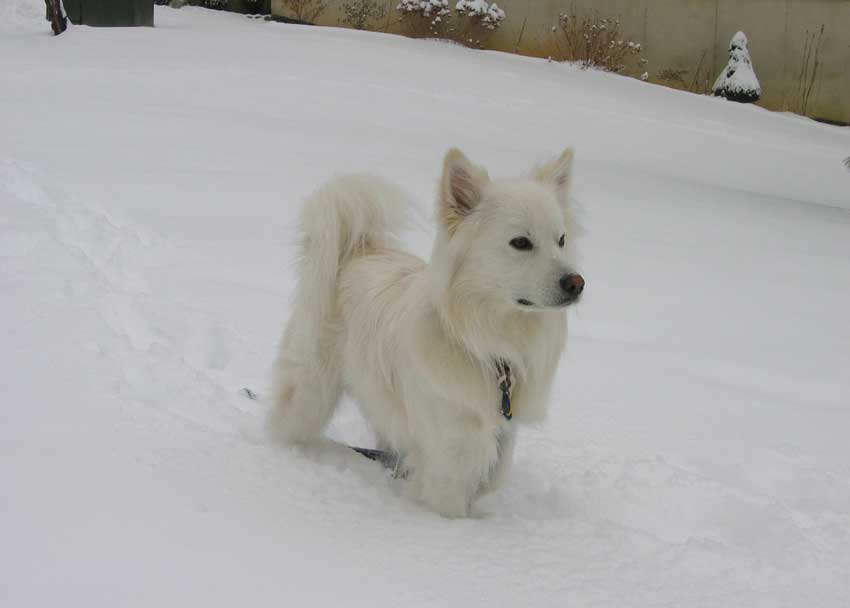 The American Eskimo Dog originated from Germany and was originally named the White German Spitz. Later on, after World War II this breed was renamed but doesn’t have any connection to Eskimos. Due to its playful nature this cold weather dog prefers outdoor activity. Its coat is water-resistant and its thick ears stay warm in cold climates. 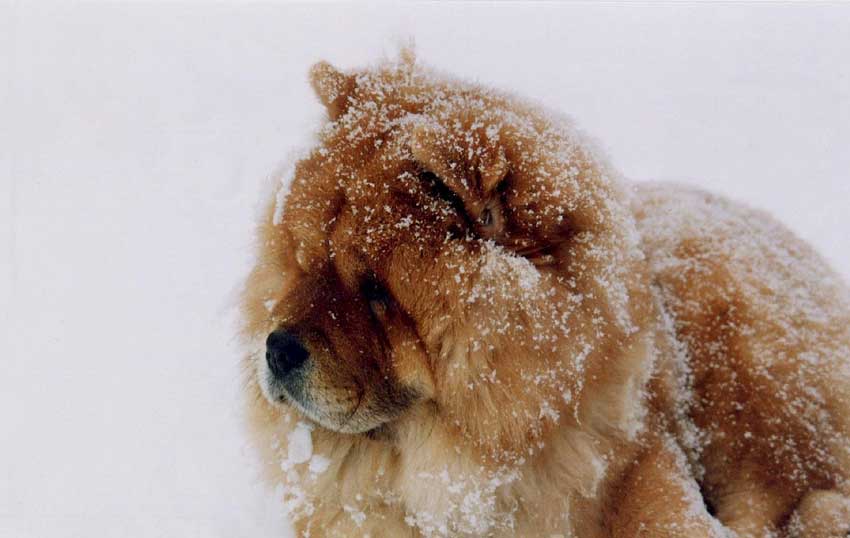 Chow Chows are known for their wooly coats that keep them warm in cold climates. This cold climate dog does best when with their human. So, if you’re planning a trip to a snowy climate, make sure to bring your Chow Chow.

These cold weather dogs are ideal companions for any dog owner who resides in cool temperatures. Every one of these dogs flourishes in the snowy terrain. Even though most of these dogs make great indoor companions, it’s recommended that you let them explore snowy conditions.

Gift your dog this Halloween with one of these cute dog products. Everything is from…

How to Convert Dog Years to People Years

If you are a dog owner. You may have heard the phrase, "1 year for…