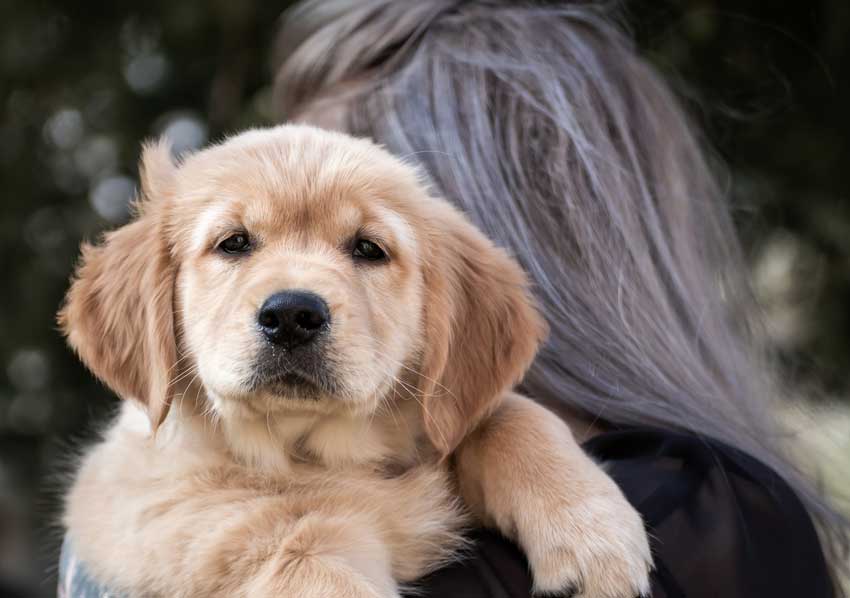 Finding a reputable breeder can be tough. To aid in your search, we’ve compiled a list of the best Golden Retriever breeders in New England. They are ordered according to Google Reviews.

The Golden Gals is a Golden Retriever breeder on three acres of farm in Southbury, Connecticut. They breed for both structure and temperament. All of their dogs are raised in the home with the family. They care for their golden retriever puppies through the first eight weeks of life, then they find new homes. All pups come with age-appropriate vaccination and health exam by their licensed veterinarian.

Sapphire Goldens is owned and operated by the Kauranen family. They’ve been working with the breed since 1994 out of Lakeville, Massachusetts. They spend a good deal of time keeping their dogs happy and healthy. Furthermore, they are proud members of the Golden Retriever Club of America, Yankee Golden Retriever Club, and American Kennel Club.

Goldiva Goldens has been raising Golden Retriever puppies since 1984. They’ve been awarded the Breeder of Merit Award for their premium dogs.

10 Best Labradoodle Breeders in the USA

If you are in the market for a new canine family member, the growing popularity…

Golden Retrievers have held the title of “America’s Dog” for years, and they consistently receive…

If you’re a Georgian in the market for a new dog, the Golden Retriever is…