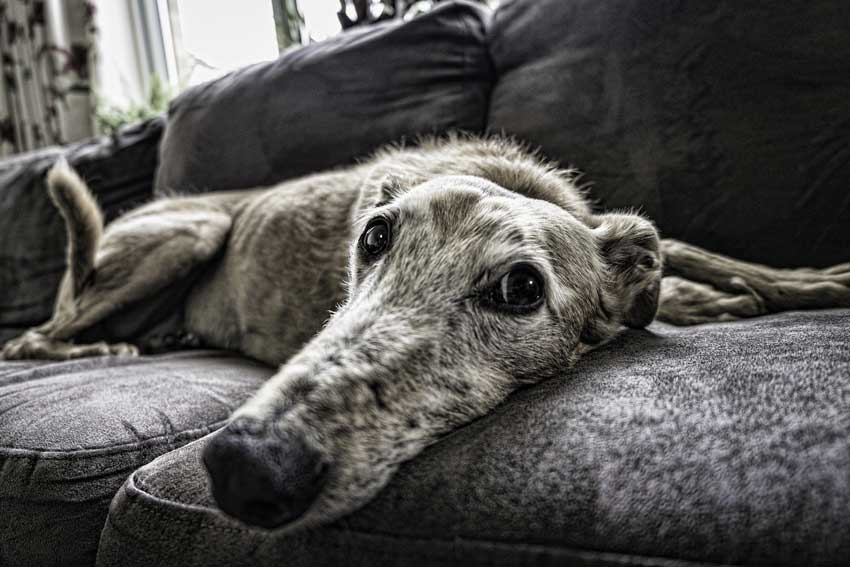 When it comes to dogs, pet-parents adore their furry friends. These same household members often complete a family unit, adding an entirely new dynamic, one that rarely disappoints us. Their playful and cheerful demeanor invokes relaxation, releasing tension and stress. They enrich our lives beyond belief. So, the curious question is what dog breeds live the longest.

Oddly enough, mixed breeds, on average live ten years, while the longest living dog breeds, recognized by the American Kennel Club, surpass mixed breeds by as little as four years and as much as nine. You might also be surprised to discover that one AKC recognized dog breed has the best longevity while holding the prestigious record as one of the world’s rarest dog breeds, the Coton De Tulear.

With a lifespan of 15 to 19 years, these furry cotton balls come loaded with a charming, vibrant, and easy-going demeanor. It seems fitting for this rare breed of dog to originate from a place that many rare species come from, Madagascar, and occasionally referred to as the “Royal Dog of Madagascar.”

These sweet pups are 9 to 11 inches in height and approximately 8 to 15 pounds. The cotton-colored dog ranks 81 out of 196 according to the AKC Breed Popularity ranking and categorized in the AKC Non-sporting Group.

These pups can live 15 to 17 years—an extraordinary amount of time for a breed originating from Italy. The Italian dog also has a nose for the palate delights of the high-priced truffle delicacy. The Lagotto Romagnolo is an affectionate, low-maintenance dog with a great deal of intelligence.

They are medium in size and weight. Females average 16 to 18 inches tall and weigh around 24 to 31 pounds, while males average 17 to 19 inches in height and weigh approximately 28 to 35 pounds. This curly-locked Sporting Breed ranks at the popularity of 99 out of 196 AKC registered breeds.

There are two sizes for this breed, the ‘standard’ and ‘toy,’ The Standard Manchester Terrier can live up to 15 to 17 years. A precocious pup with a robust build and a spirited temperament with a vibrant personality, known for being sensitive and alert to their surroundings and fittingly named after the town, Manchester, in the United Kingdom.

They are medium-sized pups falling into a category found in the very name of the breed, the Terrier Group. For the standard Manchester Terrier, their popularity ranks 133 out of a possible 196 species on AKC’s popularity list.

Like their close cousin, the ‘standard’ terrier, the ‘toy’ version can live 15 to 17 years. As an agile, high-spirited, and intelligent breed, they range in heights of 10 to 12 inches and often weigh in under 12 pounds. They, too, originated from Manchester, England. Known for their fierce running abilities, they somehow managed to tie their popularity rank with their close cousin, the Manchester’ standard’ Terrier, at 133 out of 196 AKC registered breeds.

The lifespan for a Biewer Terrier is about 16 years. Their coats are a gorgeous array of kaleidoscope colors. The Biewer Terrier, like other terriers, is highly intelligent, quirky, and utterly devoted to their owners.

The AKC Board of Directors places this beautiful breed under the Miscellaneous Class. An AKC group can continue to enter their pups into competitive events until the breed’s status upgrades to registered AKC. The Biewer Terrier reaches a mature height of 7 to 11 inches and weighs anywhere from 4 to 8 pounds.

The Tibetan Terrier is a loyal family dog, utterly devoted to every member of a household. An affectionately loyal breed with an expected lifespan of 15 to 16 years. They are sensitive and empathetic to their family’s and owner’s feelings and emotions. A breed categorized within the Non-sporting Group, often used as a watchdog in ancient Tibet, given the distinction of “Holy Dog of Tibet.”

As with many medium-sized dogs, the Tibetan Terrier is 14 to 17 inches tall and weighing around 18 to 30 pounds; females often weigh as much or slightly lower than their male counterparts. Unfortunately, the breed’s popularity only ranks them at 96 out of 196 AKC registered dog breeds.

Another loyal and devoted pup, the Drever, has an even-temperament and can live up to 15 years. The breed is known for its self-assurance, and therefore rarely nervous, aggressive, or shy. The AKC categorized the Drever under the group Foundation Stock Service (FSS). The AKC’s FSS group gives breeders an avenue to actively update the owner’s breeding status, record lineage, and the ability to compete in AKC events.

The breed, however, is ineligible for AKC registration. The Drever can grow to a height of 12 to 15 inches and weigh around 35 to 40 pounds. The Drever’s affectionate and playful agility keeps the breed in excellent physical condition, which may explain why this breed lives so long. The AKC does not currently rank Drever’s popularity.

As an affectionate pup, the Löwchen can live up to 15 years. This curious-looking creature appears to be the victim of a groomer failing, but that’s not the case. To don such a look, a pup has no choice but to be positively confident. These outgoing, upbeat pups have historically been cut this way for some 500 years, thanks to the breed’s appearance in several paintings from the Renaissance.

Nonetheless, these pups grow to an average height of 11 to 13 inches and weigh around 10 to 15 pounds. The AKC categorized the breed in the Non-sporting Group, and he breeds popularity ranks 168 out of 196 different dogs.

Historically a hunting breed, the Hamiltonstovare averages a life expectancy of 14 to 17 years. A striking and regal breed with a smooth coat resembling that of a Beagle. The most apparent difference between the two breeds is that the Hamiltonstovare is slightly taller, putting them into the medium range. The color of the coat is divinely darker and more affluent than a Beagle.

The AKC categorizes the breed as a member of the group, FSS. Breeds listed in this group allow breeders to track lineage and compete in AKC events, but the breed is ineligible for AKC registration. The breed’s compact frame makes them denser and twice as heavy as a Beagle, weighing around 40 to 70 pounds, and growing to a height of 19 to 24 inches.

For an agile and fearless pup poised with an attentive and sweet disposition, the Norrbottenspets are known for living 14 to 17 years. The breed’s intelligence to negotiate punishing terrain and calm demeanor in extreme climate changes makes this breed an excellent fit for active families. Standing 17 to 18 inches tall and weighing around 20 to 30 pounds.

The AKC grouped this breed under the Miscellaneous Class. A group similar to FSS breeds, but these breeds are ineligible for AKC registration until their status changes to a group classification. The breed has no popularity rating at this time.

Why Size Matters to Dog Longevity

You may already know, the bigger the breed of dog, the shorter the life. Remarkably this phenomenon only occurs within species and not across species boundaries. An excellent inter-species example is the Great Dane versus the Chihuahua since species boundaries are not relative to one another, such as in dogs and cats. The simple answer lies in the type of skeleton system, which determines how large a species gets.

An essential process to skeleton development is form and function. Endoskeleton systems must sufficiently support and hold in place organs and tissue for land mammals. Gravity, being the force, or load, pulls down on land mammals, like dogs. It isn’t until birth that a dog’s longevity becomes more defined, based on their size at birth and the genes passed on from the pup’s parents.

Cells do not have neural-nets to calculate genetic information, but instead, each cell follows a roadmap in DNA markers. These markers trigger cell-response to pre-recording information. In essence, it’s all by design. After birth, a pup, like a Great Dane, experiences an accelerated growth rate, thus speeding up these behemoth dogs’ aging process. Therefore, accelerated aging contributes to larger dogs dying younger.

Many dogs worldwide are likely mixed breeds, and their population numbers probably exceed that number of pure-bred dogs. But, today presents an unusual case about which dogs live the longest, giving notoriety to the top ten longest living dog breeds in the world—likely putting to rest the argument that mixed breeds live longer. Now we understand that the dog breed’s size might dictate how quickly they will age.

So, if you and your family are looking to add a new life long friend to the household, then any of these top ten longer-living dog breeds are a great place to start your search.