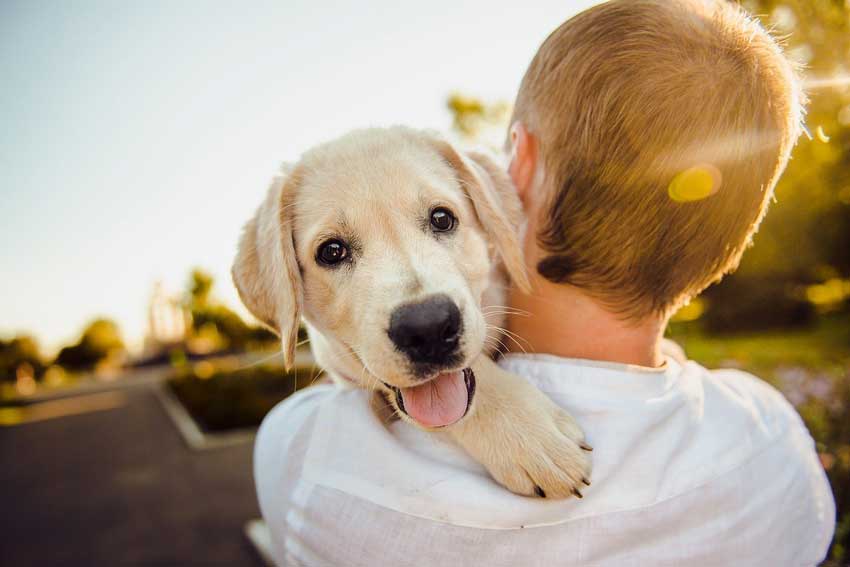 It is no secret that dogs find a way into our homes and hearts with their goofy personalities and unwavering love. But finding the right pup for you is no simple task. How exactly do you pick the right dog for you?

Understand that there are some specific characteristics and personality traits associated directly with certain dog breeds. With the never-ending options of breeds and the addition of new cross breeds all the time, it’s hard to keep up with all that’s out there.

Whether you are looking to expand your family with the addition of a furry friend or are curious to see where your pup lies on the scale, take a look to see the 10 most popular dog breeds in the USA.

Mixed breed dogs go by all sorts of pseudonyms, including crossbreed, mutt, etc. These are typically the dogs found in pounds and shelters that people overlook. Recently gaining more popularity as we’ve seen them creep up the list to the number one spot, mixed breeds are finally beginning to receive some of the hype they so well deserve.

One less known advantage of finding yourself one of these most popular dogs is that they are often less prone to health conditions than their purebred brethren. As a result, you can extend the lifespan of your furry best friend for even more fun-filled memories to look back on. Studies have shown that the average mixed breed dog can live almost two years longer than a purebred.

In addition to boasting a healthier genealogical background, mixed breeds also tend to be easier to train. Purebreds tend to be very strong-willed due to a long lineage of breeding to maintain certain traits. You will find that mixed breeds have diluted traits of their purebred ancestors, making training away from bad habits a much simpler process.

Next up of the most popular dog breeds is the Labrador Retriever. With a long history of sitting high on the list, the Labrador Retriever is a dog breed that almost all are familiar with. They are known for their high-energy levels, water-loving, mild-tempered natures making them the perfect pup to bring home to a family of all ages.

Labrador Retrievers were originally working dogs, known to retrieve ducks and be the best friend of fishermen. They have long, thick tails that serve as a propeller to them in the water, making them incredible swimmers.

Because of this working dog origin, frequent and extensive exercise is an absolute must for these pups. In addition to physical exercise, it is also very important to keep your pup mentally stimulated with training, puzzle toys, and other fun, challenging games.

The chihuahua is jam-packed with energy and spirit in a small body, making them one of the most popular dogs. They are fiercely loyal and know how to turn on the puppy dog eyes while rocking the most fashionable sweaters.

The history of the chihuahua is a bit of a mystery. While there is reason to believe they have survived two lost civilizations and eventually wound up in Mexico, their exact origin is still unknown.

This small but mighty breed found its way to North America and quickly became a Hollywood star. You will see that Chihuahuas take the big screen in hits like “Legally Blonde” and even “Sex and the City.”

Most famously known for being employed by the military and police force, the German Shepherd Dog is a strong yet loyal companion safe for any home. It is no wonder that they are a chart-topper of one of the most popular dog breeds.

The GSD was originally a herding dog in Germany. But, with the decline in farming and the need for herding, GSDs began to find their way indoors as our close companions. The breed consistently exhibits consistent qualities such as being; intelligent, fast, agile, and strong through decades of refined breeding techniques.

Because of their high levels of intelligence and obedience, the GSD also makes a great service dog helping at home or even on demanding search and rescue missions. With proper training and exercise, these dogs make great family dogs and do exceptionally well with children.

Another common household name is the Golden Retriever, who always ranks high among the most popular dogs. These dogs make great family dogs as they are best known for their kind and loving personalities. Matched with their beautiful coats of long, golden fur, these dogs are sure to become the best friend to any owner.

Golden Retrievers found their way to the US over a century ago and immediately became popular among sport hunters due to their pairing of working skills and sweet temperaments. The breed’s popularity took off with the addition of President Gerald Ford’s pup, Liberty, in the White House.

Doing best in homes with lots of space to run around, Golden Retrievers maintain their mild manners when best exercised. They do run the ability to exhibit separation anxiety, but you can address this easily with proper training early on.

The Yorkshire Terrier, also known as Yorkie, is an endearing toy breed that makes the top ten list in America year after year. These sassy little pups make up in personality what they lack in size with their beautiful coats of long, silky, multi-colored hair.

Eventually making their way into the English nobles’ laps, Yorkies originally were bred to serve as rat hunters of the working class. Due to their small bodies and narrow snouts, the pups could squeeze their way into tight spaces in mines and mills.

Yorkies tend to become possessive and territorial, so you might want to think twice if considering one in your home with small children. Otherwise, these dogs are fun-loving and love to be at your side, which you’ll find isn’t too difficult to maintain considering their size.

Another of the most popular dogs that come from the toy breed is the Shih Tzu. These dogs are also known as little lions or lion dogs because of their beautiful, long locks. It’s no wonder that these dogs originated in the palace of Chinese emperors.

Shih Tzus were so highly valued that they were only known in secret within palace walls and did not emerge until the 1930s. Since then, their popularity has exploded both in the United States and the United Kingdom.

As they were lap dogs of royalty in the past, they very much enjoy the laps of their owners, royalty or not, now. Keep in mind, though, that because of their beautiful coats, they will require extensive grooming.

The Dachshund is another name familiar by many names, including; wiener dog, doxie, sausage dog, etc. Another high ranker of the most popular dog breeds, the Dachshund, is clever, curious, and lively, making it a great addition to the home.

The word “Dachshund” is very appropriately named, a German word that directly translates to “badger dog.” As you can imagine, the long, slender body shape of the Dachshund made it a perfect hunter for badgers squeezing its way into their dens. Their distinctly loud barks were meant to be heard by their above-ground hunter companions.

Because these dogs are smaller in size, they do not require a large backyard, making them ideal for apartments and small homes. Remember that they were originally hunting dogs, so they do love being outdoors still.

Technically a mixed breed, the Goldendoodle is a combination of the Golden Retriever and Poodle but deserves a spot of their own. They continually prove to be one of the most popular dog breeds.

Originally bred as a hypoallergenic breed thanks to their Poodle lineage, these pups boast beautiful golden, soft, and curly hair known for minimal shedding. As you can imagine, this is a huge plus and makes for a great addition of a furry friend in the home.

Goldendoodles love, love attention, and can never seem to get enough. Keeping that in mind, bringing them into a large family could be highly beneficial as they can be doted on by members of all ages at all times of the day. They will also require a good amount of exercise as they can be high-energy dogs.

Although they might look fierce, Boxers are known for their sweet loving nature, making them amongst the most popular dog breeds out there. They are highly affectionate and, despite their size, sometimes think they are lap dogs.

Obvious in their pronounced jowls, Boxers originally were large game hunting dogs used for the game as large as bears and bison. They have since become a smaller, domesticated breed that has come to be a great family companion.

Boxers are a high-energy breed that will require a lot of exercise. Because they are known to be such great companions, they also tend to develop separation anxiety if you are gone from them for too long. Ideally, if you can work from home, Boxers are a great pup for your home.

Sure, the 10 most popular dog breeds listed here are the USA’s favorites, but what’s important is choosing who makes the list in your eyes. If you are looking to add a furry friend to your home or just enjoy learning more about different dog breeds, your favorites are unique to you.

Through educating yourself about the different characteristics different breeds have to offer, you are already doing your part in being the best friend a dog can ask for.