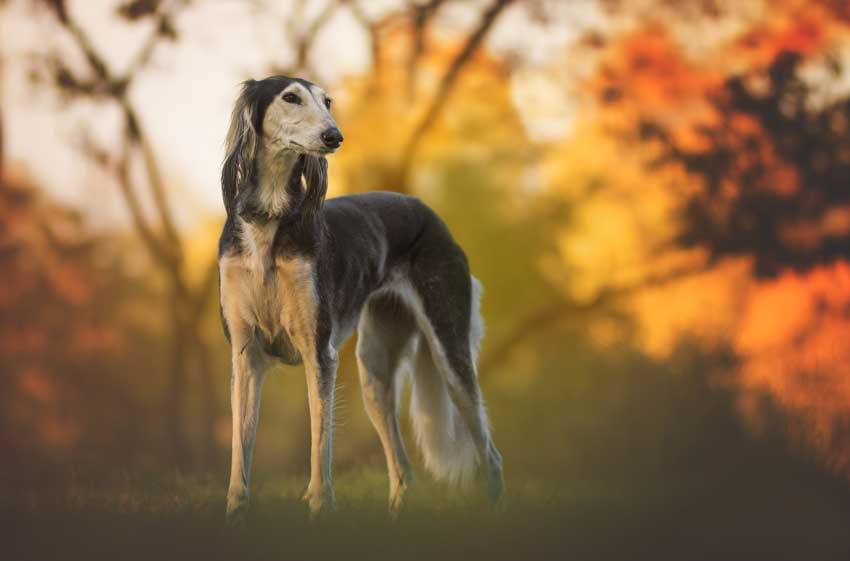 What makes a breed of dog rare?

It depends on what party’s doing the categorizing. Two factors that play a major role in classification are if (i) the breed is seen as endangered and (ii) the population is low. Some dog club associations might link the classification to a lack of general awareness of the breed.

Based on the source, you’ll find there are somewhere between 200 and 350 dog breeds. A small percentage of these breeds are considered rare. It’s interesting to note they can base this percentage of breed rarities solely on what’s on record. There’s a strong likelihood there are many undiscovered rare breeds of dogs.

If you love dogs and want to know more about rare breeds, you’ll love reading about the 10 rarest dog breeds in the world (in no particular order).

This rare dog originates from Hungary. The Mudi’s heritage is Pumi, German Spitz, and the mop-coated Puli. Highly respected for its talent and skill, the Mudi is bred for show and work but is also loved as a companion. They are still used as herding dogs.

The Mudi was adopted from the wild. These dogs have been pedigree-bred and classified since the 19th century. They are recognized for their alertness, versatility, intelligence, and courage. Used as a farm dog, the Mudi is a sentimental creature known for its loyal protection of family and property.

Originally a wild animal, the Singing Dog of New Guinea graduated to a domesticated pet. This started after New Guinea tribes cultivated the dogs as companions for their children and used them for hunting. Not long after, populaces around the globe embraced the breed.

The dogs communicate in what sounds like a singalong, hence the name. The New Guinea Singing Dog lives on both sides of the fence today, surviving in the wild and living with families.

This breed may not be best for families as they’re known for aggression. They also lean toward wariness when it comes to strangers. On the other hand, they also have a stubborn streak for protectiveness and loyalty to their owners. The breed’s native country, Brazil, uses the phrase “as faithful as a Fila” to distinguish their admirable characteristics.

This breed may be one of the oldest on record as a painting of a Lagotto Romagnolo dates back to the 1600s. There are also records of a similar dog from the 5th and 6th centuries.

Their origins in a temperate maritime climate give them great resistance in dry summers and cold winters (where temps can drop below zero). Surviving in those northern cold Dutch seasons makes the Stabyhoun great water retrievers.

The Stabyhoun is loving and active. With numbers in the low thousands worldwide, there’s a small group of breeding fanciers collaborating to protect the breed. They’re categorized as a Dutch national treasure.

Though once exclusive to Thailand, the Thai Ridgeback grew in global popularity. It’s believed this dog evolved with no dependence on humankind. That type of dog is referred to as a pariah dog.

The Thai Ridgeback is not recommended for the novice looking for their first pet. They’re a breed known for extreme independence and are famous for escaping.

Originating from Norway, the Norwegian Lundehund hunt Puffins and Puffin eggs on risky rocky cliffs. Flexible joints give them an almost fascinating range of motion. They have impressive adaptability to the arctic tundra.

This animal has several unique characteristics. This includes having a total of twelve toes. They have a neck that bends back to the point where the head touches the backbone. There’s also prickly ears capable of sealing shut and an almost scary articulation of the arm joints.

The Kooikerhondje is affectionate and an excellent companion. The Netherlandic Kooikerhondje is fun-loving, agile, and self-confident. This dog is a wonderful company to have outdoors. Expect them to be swift, tough, attentive, and energetic. They enjoy work, demonstrating stamina and perseverance any employer loves in a worker.

In 1982, the Czechs officially recognized the breed. To this day, it remains Slovakia’s national breed. The Czechoslovakian Wolfdog is an excellent addition to family environments and coexists well with other domesticated animals. They compete in many venues.

Coming out of West Africa’s Sahara desert, the Azawakh is a sighthound. This breed is recorded as one of the world’s oldest. Slender and tall, the dogs also make for good hunters and runners. These dogs have been known to catch gazelles — one of the swiftest animals on the planet — at up to 40 mph.

Originally a farm dog protecting livestock and camps, this breed was not seen in America until the 1980s. Before that, the animals were not allowed to be sold. Hence, there was no financial gain for exporting them from their native land.

In the 1980s, a Yugoslavian diplomat stationed overseas came home and brought his Azawakh with him. Despite this, the dogs remain relatively unknown in the U.S. and Europe. This isn’t unusual with international, rare dog breeds. There are only about 300 of these animals in North America and a few thousands around the world.

If you do go looking to adopt one of these rare dogs, perform thorough due diligence. Each breed needs specialized care, and some treatments can be expensive. Start with seeing if there’s a knowledgeable veterinarian studied in your breed of interest.

Depending on the breed, finding needed information about them can be difficult. You can read, but your best bet is not to overlook local vets, animal hospitals, and pet adoption agencies. Another solid resource can be a dog breeder. You may have to look outside your region to find a reliable one.

You can turn to organizations that follow and record rare breeds. Some of these are the AKC (“American Kennel Club”) Breed Clubs, located in every state. This group also has over 450 AKC Rescue Network affiliates around the country. Another resource, the American Rare Breed Association, is a club for fanciers and dog breed owners.

Last but definitely not least, like all rare things, being an owner of a rare dog is not necessarily a cost-effective endeavor. These are some of the most expensive dog breeds in the world. You’ll need the budget, but it will be worth it. While they do make fantastic, loving pets, first and foremost, they require loving homes.