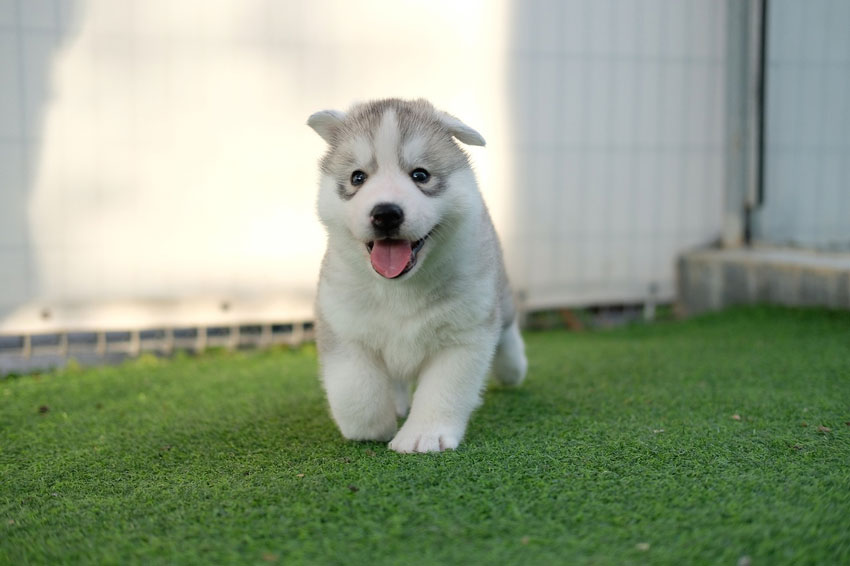 With their stunning blue eyes, beautiful coats, and playful nature, Siberian Huskies inspire thoughtful names for themselves. Furthermore, Husky names are often some of the best you’ll hear. Whether you’re looking for Alaskan sled dog names or popular Russian dog names, we have it on this list. We’ve included male Husky names and female Husky names alike.

Before we get started we should look at the ground rules for naming a dog. Try to avoid names that sound like one of your verbal commands. For example, it could be difficult to teach “Shae” to “Stay”. Be sure to choose a name you like. Something that rolls off the tongue and can be spoken confidently in public. One or two syllables are the best. Take the name for a test drive. If your dog isn’t responding to the name you chose, it may be best to try a different name.

We’ll start with Husky names that were inspired by Alaskan culture. Since Huskies have been pulling sleds in Alaska since the early 1900s, some of the best Huskie names around hail from this beautiful region. Consider one of these Alaskan dog names for cold-weather dogs.

When people think of Siberian Huskies, they often picture sled dogs. This association has inspired many timeless Husky dog names. The breed is comprised of natural athletes capable of navigating harsh terrain. Here are some great sled dog names for Huskies.

Spoken in a different language, some of the best Husky names are derived from native terminology. These names tend to reflect the things that Alaska natives see every day. Consider these really good Husky names based on the languages of Alaska natives.

Siberian Huskies originated in Siberia, which is part of current-day Russia. Many Russian names have become staples for this historic breed. Intertwined with Russian culture, Huskies are often named after powerful Russian figures of history. Perhaps you’d prefer one of these bold, popular Russian dog names.

Huskies are known for there vibrant eye color. This beautiful feature is the spark of many good Husky names. If your Husky pup has blue eyes, maybe try out one of these names.

Hopefully, this list helped you narrow down your Siberian Husky name search. If not, be patient with the process, and be sure to pick a name that works for you and your dog. If you still can’t find the perfect name for your Husky, check out the American Kennel Club’s dog naming tool.

Your black-coated pup shouldn't just have a suitable name, it should be a telling name.…

Irish culture is profound, yet lively and fun. Whether your dog is of Irish descent…