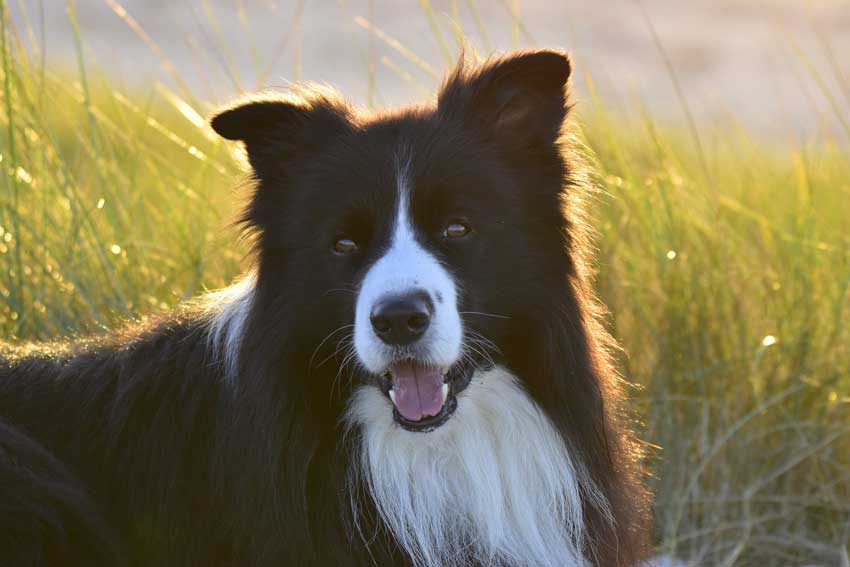 When you look at man’s best friend, it’s easy to find something cute and endearing about any furry, four-legged companion. However, cuteness only goes so far when it comes to following basic commands and learning obedience.

In terms of intellect, all breeds are not equal, and it matters in many situations. Some dogs are meant to do more in life than look cute or make you laugh. From guiding a blind person to accompanying a police officer, some dog breeds are intelligent enough to learn routines and practical skills to serve and protect.

When you want a furry companion who is intuitive, receptive, and capable of following directions, you want an intelligent breed. We researched the smartest dog breeds in the world and arrived at a sound top ten. 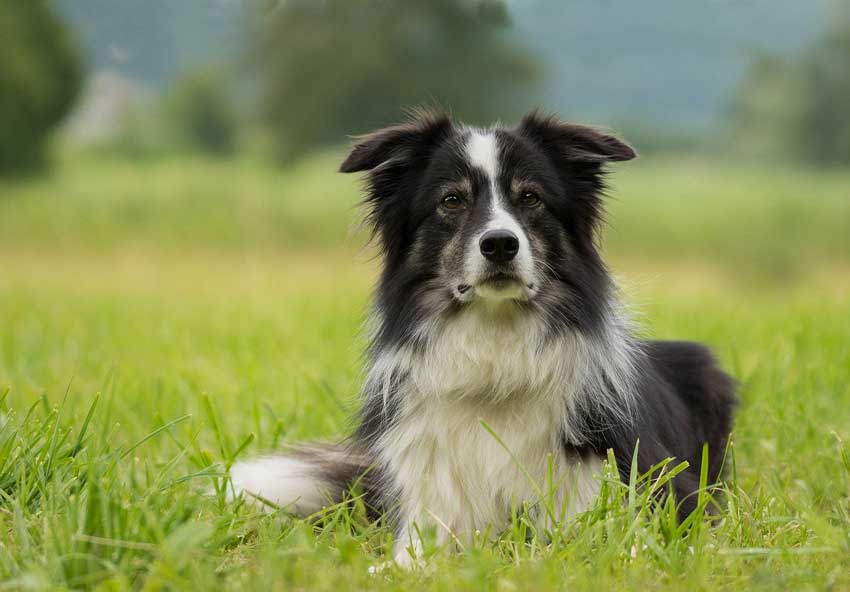 Border collies are athletic and highly energetic, with plenty of muscle and agility. They excel in agility training because of their athleticism and intelligence. Border collies top the list because they can independently solve complex tasks – provided they can maintain their focus. If you choose a border collie, be sure to train them early before they develop bad habits!

You may be surprised to learn that border collies probably gained their impressive intelligence from their colorful and fierce history. With roots dating back to the Roman conquest of Britain and the subsequent Viking invasions, border collies captured the speed, agility, and strength of two different worlds.

Border collies got their name from the region where they come from, the border of Scotland and England. However, they actually come from a crossbreed between Roman, British, and Viking dog breeds.  Incorporating the large Roman sheepherding dogs with the smaller, quicker Viking breeds created an intelligent, agile, and hardy new dog.

Quick, stealthy, and energetic yet hardy, border collies made a name as the world’s greatest herding breed. Though border collies remain competitive in sheepdog trials, they took on a new mantle as one of the most popular breed choices for families, hunters, and farmers because they are easy to train, versatile, and loyal companions. 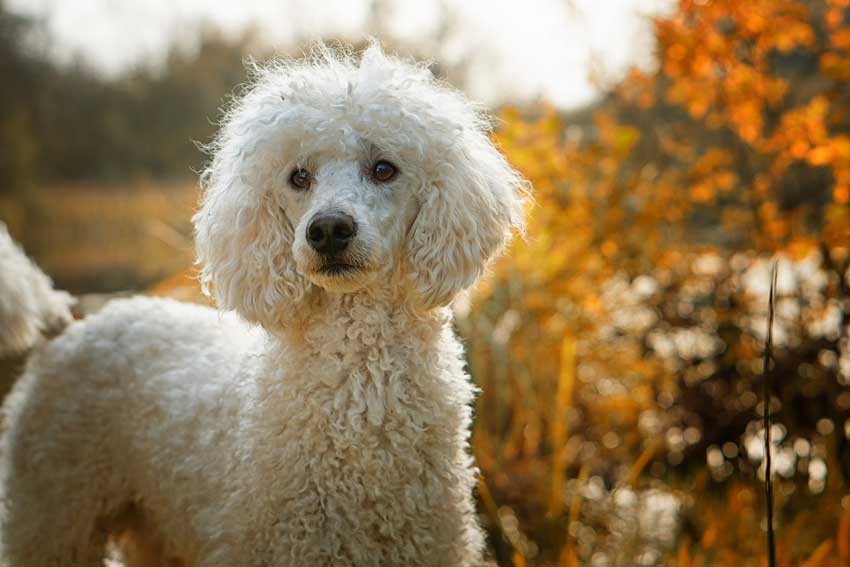 Beyond the unique hairstyles and proud gait, poodles possess a keen wit, impressive agility, and a natural ability to swim. Poodles make popular pets because they are lovable and affectionate with a pleasant temperament.

Modern poodles often represent luxury and elegance, but just a few short centuries ago, this breed made a name in duck hunting. Though many people think poodles are French, they are originally from Germany, where the poodle breed stunned hunters with their willingness to dive into water and mud to chase out or retrieve game.

With their impressive and easily altered looks coupled with trainability, poodles made a splash in the European circus circuit. Entertaining and proud, poodles gained popularity among nobles.

Though standard poodles are the original class, there are two additional classes, miniature, and toy, from being bred down over the years. The miniature and toy classes emerged in the late 19th and early 20th centuries to adapt the intelligent, well-trained breed to city life. Currently, breeders are pushing to include three additional classes of poodles. 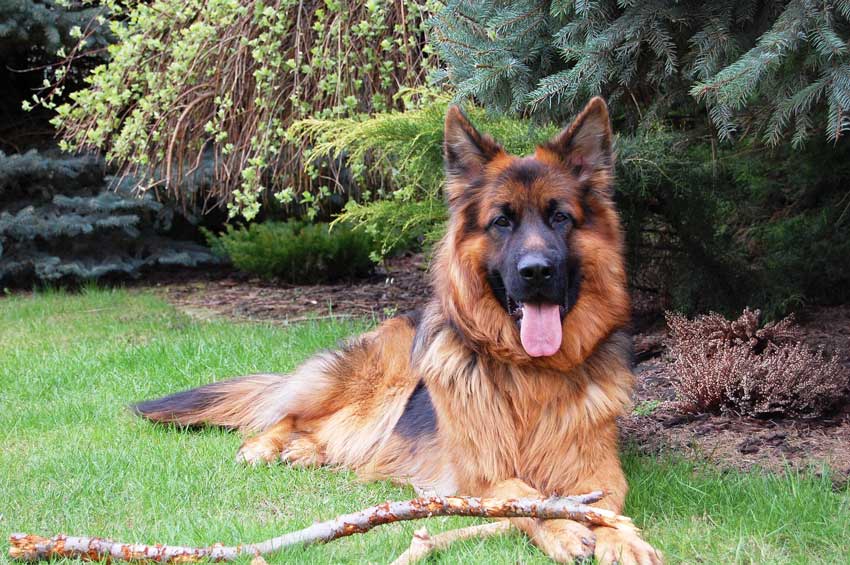 Another impressive breed with German roots, the German shepherd, dates back to the 1800s, where a cavalry officer sought to create the perfect herding dog. Several German breeders worked together to cross strains from the north and central districts of the country to create one of the most notable herding breeds on the planet.

Agile, stealthy, and quick, German shepherds became hardy companions because of their quick wit and capacity to learn. During World War I, Germans trained the pups to help with first aid and sit with heavily wounded soldiers until they passed.

Following World War I, German Shepherds made their way west to North America, where they became popular due to their loyalty and intelligence. During the early days of television, German shepherds found work on the big screen due to their ability to learn and perform tricks and complete courses.

Today, German shepherds are no longer needed to manage livestock, but they continue to work on television and found a new calling. Police and military personnel prefer German shepherds as trained companions in their K-9 units due to their versatility, stealth, and hardiness. Of course, their shrewd intelligence also makes them easy to train. 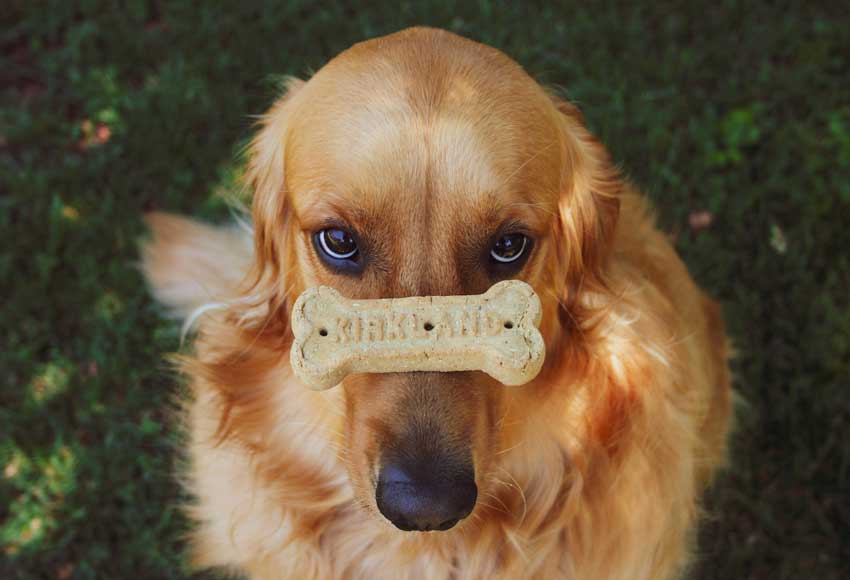 First introduced at a British dog show in the early 1900s, golden retrievers were a labor of love for Dudley Majoribanks, the first Lord Tweedmouth of Scotland. It took some 50 years for Majoribanks to create his ideal breed – an avid hunting companion that could endure the rain and rough terrain of his estate.

Golden retrievers made their way from Britain to North America shortly after their appearance at a 1908 dog show. One of the more versatile breeds, golden retrievers quickly gained popularity as loyal companions.

Today, golden retrievers assist in field trials, obedience training, and remain one of the most popular breeds for guide dogs for the blind. They crave companionship and thrive when caring for others, humans or animals. Golden retrievers feel sadness when they are alone too long and can even fall into depression. 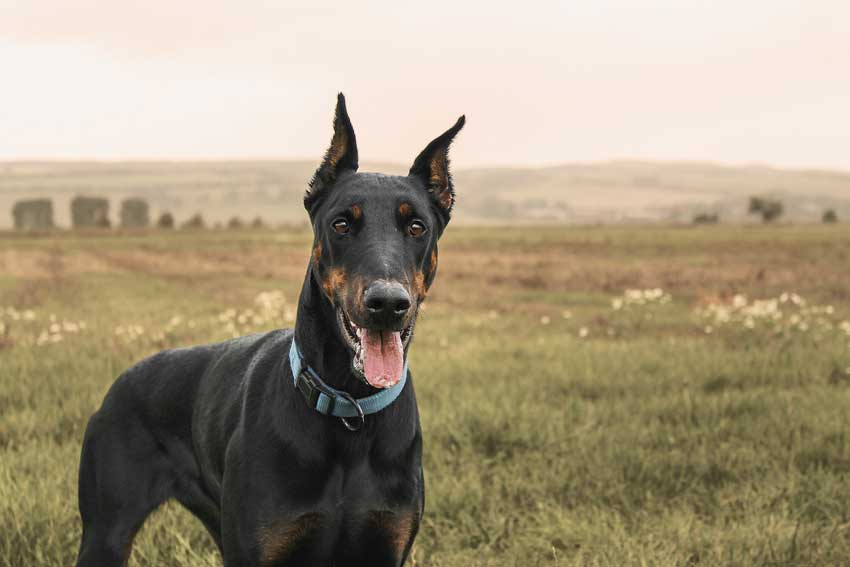 It should come as no surprise that doberman pinschers rate as one of the smartest dog breeds in the world. The hard-working, easy to train breed remains a favorite among police and military groups today, which is hardly shocking when you learn about their roots.

Doberman pinschers, nicknamed the “Tax Collector’s Dog” early on, were created by a German tax collector. Louis Dobermann, a 19th-century tax collector, grew weary of the hostility he faced every day and chose to breed a protective companion for his job.

Though little is known about how Dobermann bred his faithful companion, historians believe they possess elements of black and tan terriers, German pinschers, and rottweilers. The smooth coat, keen features, and hardiness make them competitive in dog shows, but their loyalty and quiet intelligence make them a popular working breed.

In their early years, doberman pinschers were often overly aggressive and dominating. However, over time and with careful breeding they became loyal, obedient, yet protective furry companions. 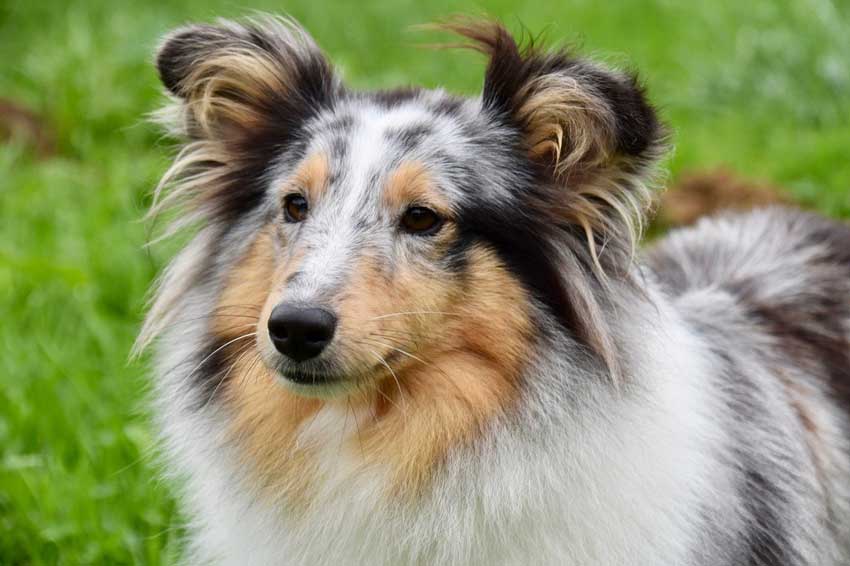 You might mistake a shetland sheepdog for a small collie. While this Scottish breed shares some similarities, including intelligence, with their larger cousin, the shetland sheepdog is in a class of its own. Not only are shetland sheepdogs alert and active, but they can also learn commands in less than five repetitions.

Originating from the rough terrain of the Shetland Islands, “shelties” or “toonie dogs” made a name for themselves by working farms. Historians believe that people likely bred shelties down from collies so they could survive on less food. Unfortunately, due to limited access to the Shetland Islands and minimal records from the time, little is known for sure.

The bright and beautiful shetland sheepdogs made their way to Britain in the early 1900s and gained popularity following their AKC registration in 1911. They frequently appeared on British naval ships because they could handle, and even appreciate, being near the water.

Bright, affectionate, and extremely obedient, shetland sheepdogs remain popular with families and make incredible watchdogs. They thrive in situations with frequent companionship and do well with children when introduced early in life. 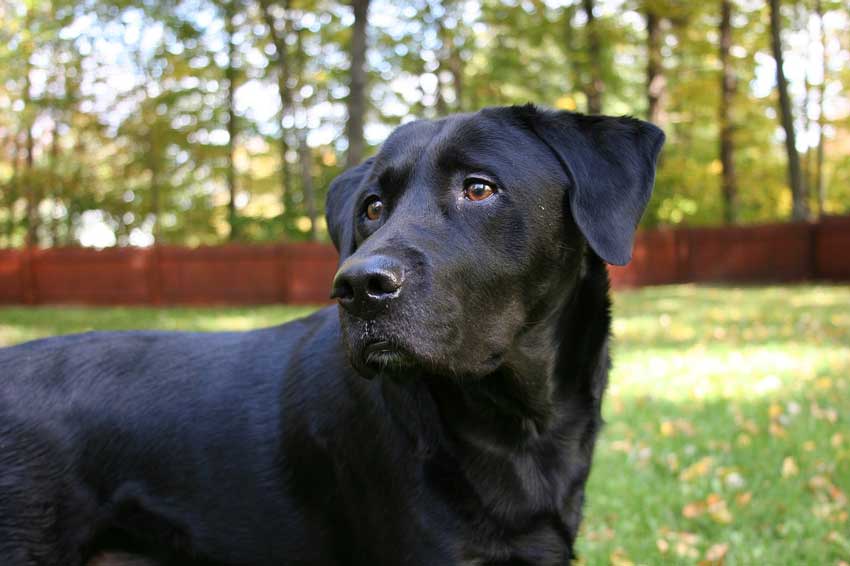 Vivacious and friendly, the labrador retriever is one of the most popular dog breeds in the world for companionship. It frequently tops the list of popular canine companions in America and has maintained that spot longer than any other breed, and it’s not just because of those soulful eyes! Labrador retrievers exhibit a quiet intelligence and almost unrivaled loyalty.

Traditionally a fisherman’s companion because of their excellent swimming abilities, labrador retrievers come from Newfoundland, Canada. Often assigned to a fishing boat, the labrador retriever’s weather-resistant coat helped them endure the cold and ice.

In the early 1900s, British nobles were taken with the good-natured breed and transported them back home, where breeders refined them for show. Labrador retrievers became popular because of their good nature and non-aggressive ways, but they were also easy to train for dog shows. 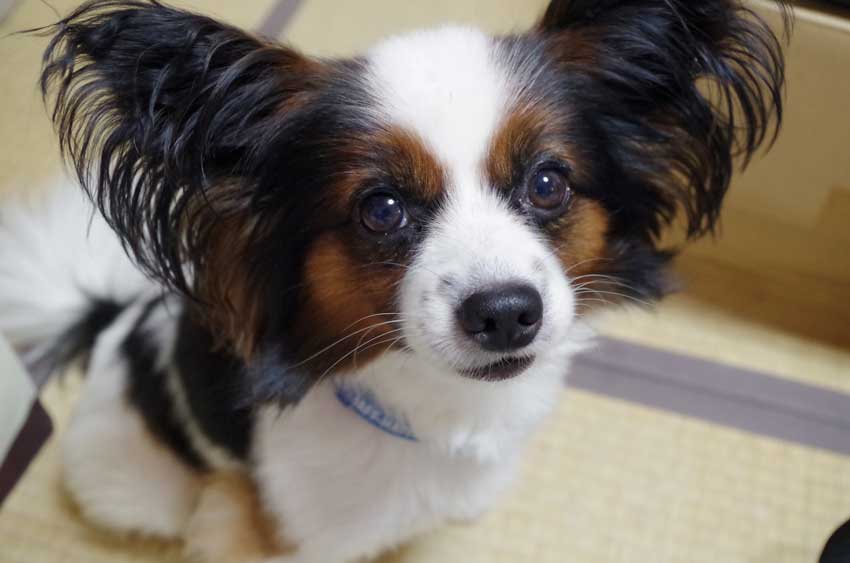 Often aligned with wealth and status, papillons frequented the laps of royalty and nobility for centuries. European royalty often posed for portraits with the adorable breed, and some of the greatest artists of all time, including Rembrandt and Goya, featured papillons in their work.

Known for their adorable wing-shaped ears, papillons have a unique look best described as dainty. Don’t let that look fool you, though; papillons are surprisingly athletic for their size. They can also be highly competitive, and their intelligence makes them capable of learning many tricks. Plus, these little pups are incredibly loyal and thrive in most climates.

Large and muscular, Rottweilers make incredible work dogs and have long been employed in some of the toughest fields, including rescue work. Though they can be some of the fiercest guard dogs around, if you raise them properly, rottweilers can be snuggly furry companions.

One of the older dog breeds, rottweilers, stems back to the Roman Empire. Many Romans pursued dog breeding during the Roman Empire’s conquests. They obtained new breeds and bred them with existing dogs to create strong, intelligent four-legged guards. For example, the Asian mastiff contributed to one of the early ancestors of modern rottweilers.

After the fall of the empire, the dogs became popular cattle workers in the town of Rottweil in Germany,where they protected locals from bandits. With the rise of the railroad, rottweilers found new work on cattle cars.

Unfortunately, the dangerous railroad work nearly drove the breed to extinction. Breeders managed to save rottweilers and give them a new purpose in life. The adaptable species transitioned through many more jobs over the years and now work as police dogs, protectors, and even guide dogs for the blind. 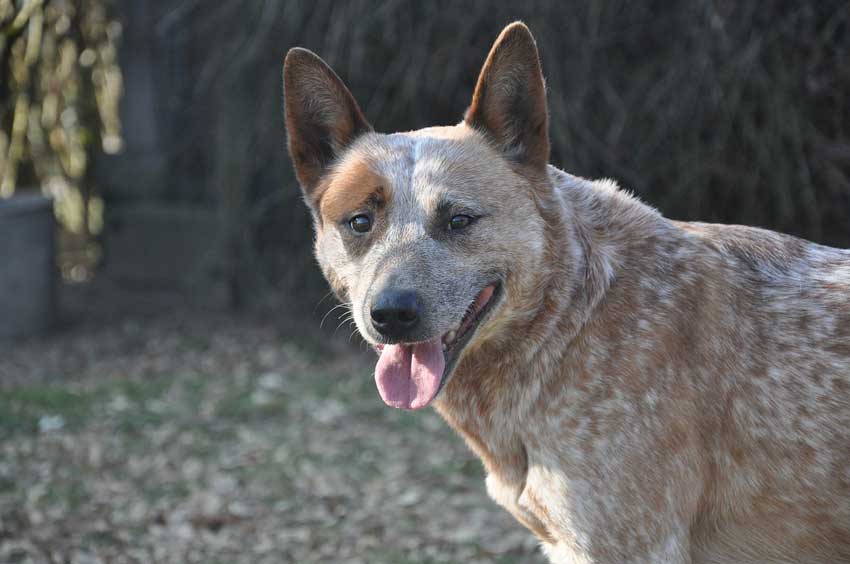 The curious and kind Australian cattle dog rounds out the list of smartest dog breeds in the world. As a breed, Australian cattle dogs made significant contributions to Australia’s beef industry and helped settle the earliest cattle farms. Durable enough to withstand the Australian wild, this breed managed a quiet assertiveness that cattle respected.

In the early 1800s, the British imported the Smithfield breed to help herd cattle, but these dogs lacked the hardiness to endure the Australian climate. Locals crossed the Smithfield dogs with the feral Dingoes found locally, and other hardy dog breeds like Scottish Highland collies. Eventually, two brothers introduced dalmatians to the mix to perfect the breed.

Australian cattle dogs also make excellent furry companions because this breed works well with other animals and kids. Since they are bright it is easy to train them, and they’ve been known to pick up their own toys. Of course, as an active breed, Australian cattle dogs can get into trouble if they get bored.